2021 Top Distributors: Where Every Number Tells a Story

Welcome to our first Top Distributors Resource under the Print+Promo Marketing brand! What a year it’s been. Last summer, as we strategized the messaging of our soon-to-be combined print resource, none of us could predict how the pandemic would affect the print and promo industry. To be fair, the only thing anyone could confirm was that “uncertainty is the only certainty.”

Critical questions needed answers: Who was going to be the next president? Was a safe and effective vaccine coming? How long would we need PPE? Why was the supply chain such a mess? Would we get to disinvite our annoying relative from Thanksgiving dinner in the name of slowing the spread? Those answers came — sometimes in a manner that made things more confusing.

Now, more than halfway into 2021, we’re still sorting through shipping delays, production issues, price increases and staffing shortages. These are just a few of the variables that helped shape our newly combined (and expanded!) 2021 Top 75 Distributors list.

Of the top 75 distributors who reported annual sales this year:

Those who have been tracking our respective lists will recognize the names that comprise our top five, but keeping with the theme of 2020, there are surprises. HALO Branded Solutions reported a small decrease in sales (2.71%), but its total revenue was enough to bump 4imprint Inc., which reported a 34.94% decrease in sales, out of the No. 1 spot. Proforma and Bensussen Deutsch & Associates LLC (BDA) maintained their ranks, and rounding out the top five was American Solutions for Business, which enjoyed an 18.22% jump in revenue. Taylor Communications, which occupied the fifth spot on the 2020 list, opted to submit financial data only for its promotional arm, Taylor Promotional Products. 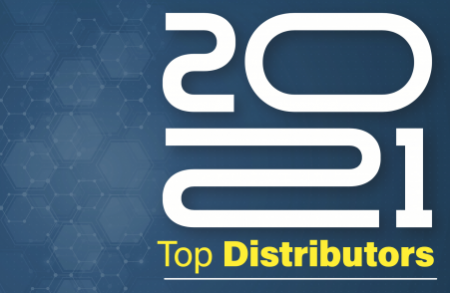 Other interesting facts include:

One thing that hasn’t wavered throughout the pandemic is the resiliency of print and promo distributors. Led by husband-and-wife team of founder Greg Muzzillo and CEO Vera Muzzillo, third-ranked Proforma had the foresight to invest early in PPE. As Vera shared, that meant wiring nearly $10 million for cargo planes to bring masks and other items to the U.S., which, no doubt, contributed to Proforma’s 7.48% sales growth in 2020.

Granted, not all distributors have access to that kind of cash flow, but there are more relatable examples to pull from, like No. 30-ranked Stran Promotional Solutions, which just celebrated one of its best years in its 27-year history. It, too, pivoted to PPE, though CEO and president Andy Shape also attributed the company’s success to its acquisition of Wildman Imprints and its involvement with the U.S. Census, for whom Stran sourced and fulfilled 16 million branded products.

We could go on, but why not let the distributors do the talking?

We hope your biggest takeaway is a sense of pride in being part of a wildly talented industry (even if you fall on the supplier side, which we’ll catch up with in October).