The world is in a strange place. Some would argue that we’re post-pandemic compared to early 2020, which seems fair. Businesses and schools are open with relaxed guidelines, vaccines are accessible and COVID briefings are nonexistent. But technically we’re not post-pandemic. Right now, there’s speculation about the next Omicron variant — how will it appear and when? And what about Monkeypox? After increasingly loud whispers, the Biden administration finally declared it a public health emergency on Aug. 4.

Cost inflation, material shortages and a lack of skilled labor continued to cause concern for print and promo distributors, but if there’s one thing we’ve learned over the years, it’s that this industry consists of resilient individuals. Distributors were vigilant and aggressive about finding ways to ensure their customers received an optimal experience. For many, that creativity paid off.

If you paid attention to Print+Promo Marketing’s first joint list, you’ll recognize many of the names this go around, though 2022 isn’t short of surprises. The biggest news is the return of HH Global, the global company that acquired InnerWorkings in 2020. HH Global’s print and promo sales carried it to nearly $1 billion — enough to knock HALO out of the No. 1 spot. We should note, those are HH Global’s North America numbers only, so it doesn’t account for its world revenue in LATAM, EIMEA and APAC. HALO reported a 7.47% increase in sales, which was enough to stay ahead of 4imprint (ranked No. 3) despite the latter’s impressive 40.71% sales rebound. Proforma and American Solutions for Business rounded out the top five. 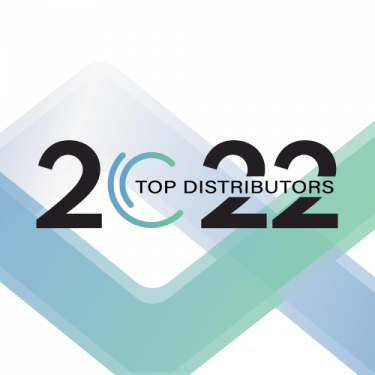 Other interesting facts include:

We could go on, but why not let the distributors do the talking?

In this resource, readers will see a detailed analysis of this year’s findings, followed by the Top 75 Distributors chart (including data on top vertical markets and prior-year sales), individual product category breakdowns, a Top 25 Fastest-Growing Distributors chart and company profiles featuring senior executives.

There are so many takeaways here, but we hope the greatest one is a sense of pride in being part of a talented industry.