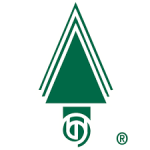 The complete report with detailed tables, charts and historical data can be purchased by contacting Kory Bockman at Statistics_Publications@afandpa.org or (202) 463-4716.

How to Make the Right Paper Choices