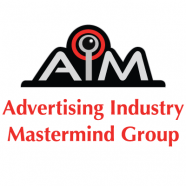 Advertising Industry Mastermind LLC (AIM) announced that it has been acquired by Altitude Group Plc, a publicly traded U.K. company with operations in the U.K. and U.S. AIM will continue to operate as AIM under the strategic leadership of Jamie Coggeshall (founder and president) and Nichole Stella (CEO). Financial details of the deal were not disclosed.

AIM is the largest membership-based distributor company in the U.S., representing more than $1.7 billion in aggregate membership sales across more than 1,900 members. Altitude Group is a global technology company that operates within the promotional product industry across 10 countries. In 2018 the group, in partnership with AIM, successfully launched the AIMpro Tech Suite. Executives from both companies recognize the acquisition as a logical next phase in supporting innovation and growth for both the membership and suppliers.

“We have known Nikki for many years and have watched her build out teams that deliver on service and innovation," Coggeshall said. "The opportunity to solidify our relationship under one company is very exciting to us."

Being owned by a publicly traded U.K. holding company will make it possible to accelerate growing AIM into a world-class global distributor company with second-to-none technology, marketing and operational services to its distributor members and supplier partners, the company said.

“What Jamie has done in building AIM from the ground up is truly remarkable,” said Stella. “He has delivered incredible benefits to the AIM membership and has built a culture within the community that closely aligns with ours. My team and I are extremely excited to work closely with him to take AIM to the next level.”