Tom Keller passed away in November 2020 and was an American sales associate for 14 years alongside his wife and business partner, Livi Dalmau Keller. While working at American, Tom was presented the GPO Excellence Award, and was inducted in both the President’s Club and Million Dollar Club. In addition to his honor, the ASB family was able to raise $6,100 to benefit Tom’s church, hosting a Memorial Walk at the conference, where his children Ryan, Lauren and Chrissy were able to participate.

Frank Quinlan passed away in July 2021 and served as a sales associate with American for 13 years. Frank grew up in Staten Island and served his country in the Vietnam war. His son, Keith and daughter-in-law were present for his induction and recording shared with the rest of his family. 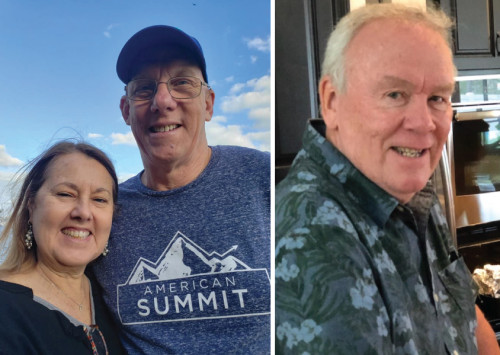 Tom and Frank had a passion for their work and their families. The hard work and dedication they devoted during their time at American was directly reflected in their desire to improve the lives of everyone around them.

“Both men were a great loss to the American family,” expressed Larry Zavadil, founder and CEO of ASB. “Tom and Frank were the epitome of the moral value of the American family, and were both very involved in raising their families. They will always be in our hearts.”