Are You Selling to the Financial Vertical? Try Pitching Hot Sauce

A large U.S.-based financial firm was preparing for a national monthly conference call for its 5,000+ network of brokers. In a pre-meeting reviewing business issues, the marketing team pointed out a fairly significant issue: participation rates for the call were low, averaging at 10 percent to 15 percent of its staff, which meant brokers were missing out on key information and product knowledge. That’s when reinforcements were called.

“We discussed what this loss of product knowledge might be costing the company in terms of missed sales opportunities,” said Gerry Barker, president of Barker Specialty Company, Cheshire, Conn. “While the number was impossible to quantify, everyone agreed that it had to be, at a minimum, $500 per broker per month. With this understanding, it made the investment of $10 for a promotional product a very inexpensive and worthwhile proposition.”

Barker offered his hot take—and, no, it wasn’t the writing instruments that this vertical has come to favor. Here, he explains his thought process behind the campaign. 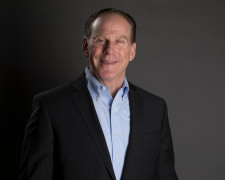 What items were featured in this promotion, and what influenced that decision?

Gerry Barker: I suggested the idea of sending each broker a pre-call gift to interest him or her in the upcoming call. We reviewed many suggestions, but everyone fell in love with my recommendation of a bottle of hot sauce, which we sourced from Captain Foods. The concept was simple—no one expected a gift of hot sauce from a somewhat staid Wall Street brokerage firm. The demographics were perfect for this item, and, of course, this gift was perfect for the tie-in: Don’t Miss the Hottest Call of the Year! We created a package that safely contained the 3 oz. glass bottle, we prepared a full-color label for the outside and note card for the inside, and mailed the 5,000 all over the country.

How was this a profitable promotion for your company? For your client?

GB: The entire promotion was handled for under the $10 per item that was budgeted, and, most importantly, there was over an 80 percent participation [rate] in the conference call.

By handling all the details, including the fulfillment, [we concluded] the project was a profitable job and also came within budget.

Did you encounter any challenges with this particular promotion? If so, how did you overcome them?

GB: We did have to quickly create a small box that was lightweight enough to be mailable, but sturdy enough to avoid any damage to the glass bottles. In addition, one of the most difficult tasks was reviewing the supplied Excel files and making sure they were accurate. It is important to scrub any large files provided by clients as we find there are often errors, which result in added costs that are often difficult to recover after the fact.

Do you have any advice for your peers attempting a similar promotion in the financial market?

GB: Sure. When I first suggested the idea of hot sauce, I could tell that it wasn’t an immediate hit. The expectation was probably for me to suggest a pen to take notes, or a note pad, or maybe a coffee cup or coaster to sit on the desk to remind [brokers] about the upcoming call. However, when I explained my concept for the hot sauce and the promotional opportunities surrounding it, everyone quickly loved the idea. Thus, the takeaway is to never shy away from out-of-the-box ideas, but always be prepared to support your rationale.

GB: This promotion was one that Barker Specialty Company was very proud to handle for our customer, and a great example of the power of promotional products.