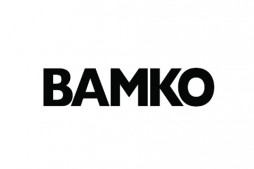 On Monday, BAMKO LLC announced that it acquired Gifts By Design, with the latter set to operate as the awards, recognition and incentives division of BAMKO.

The move is noteworthy not just for the size of the two companies—BAMKO was No. 15 on our 2020 Top Distributors List, while Gifts By Design would have ranked just outside the Top 50—but for what it says about the post-pandemic future of promo, at least in the near term. BAMKO grew in 2020, with great success in PPE and, later, converting PPE customers to traditional promo. Now, the distributor has identified the awards and recognition space as a major opportunity as companies adjust to the new way of working brought on by the pandemic.

Joshua White, senior vice president of strategic partnerships for BAMKO, said that the uncertainty of returning to work and the need to adapt during the pandemic pointed to opportunity in providing recognition products for employees working remotely. BAMKO expects that to continue even after the pandemic ends.

“There is likely to be a significant percentage of folks who continue to work remotely on at least a part-time basis,” he said. “So having the tools to engage and incentivize those people with tangible goods when there is substantially less in-person work than there was before, we think that’s a market segment that will see a permanent increase in prevalence with the new way of work.”

BAMKO already had strong capabilities here, but White said adding Gifts By Design was a "no-brainer."

“Jamie [Stone, president and founder of Gifts By Design] has built a really sound business, so the cash flow part took care of itself,” White said. “As far as capabilities are concerned, we felt that Jamie and her team are the best in the industry at what they do. We think we became the industry’s most capable awards, incentives and recognition company overnight. That’s particularly true when combined with the existing technology, sourcing and fulfillment capabilities that we already had. So, becoming really good at something that we think presents a massive and growing market segment was incredibly appealing.”

The personal relationships the BAMKO team had with Gifts By Design certainly helped, as the two parties remained in touch for years, and paid attention to each others’ status in the industry. When the “stars aligned” financially and personally for the two companies, White said BAMKO’s identity and track record put them in a position where a company like Stone’s would want to work with them.

“BAMKO is in a real sweet spot where the folks that have built this company have never been more engaged, entrepreneurial or impactful, while having matured into the sort of company that any acquisition target has to seriously consider,” he said. “We’ve never been more fun, engaged, creative or forward-thinking. If you’re someone whose life work has been poured into building your company, joining forces with someone like BAMKO is just fundamentally different than being vacuumed up as yet another cog in some soulless, private-equity fueled corporate machine. Jamie will tell you that despite years of being chased by other suitors, BAMKO was the only one she considered, because what comes next is so much different than what would have happened anywhere else.”

What comes next? Becoming “disruptive players” in the awards and recognition space, said White. “We intend to offer an even greater experience to Gifts By Design’s existing customer base and to build an engagement platform that our existing base of customers is going to be thrilled to have access to."

What’s Ahead for Industry M&A in 2021 and Beyond