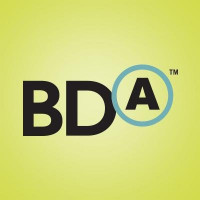 Under the new full-service premiums and gifting agreements, BDA will have the opportunity to supply promotional merchandise for in and out-of-arena activations and gifting initiatives for all NBA, Women’s National Basketball Association (WNBA) and NBA Developmental League (NBA D-League) teams, and league and team sponsors. The marquee partnership began in October 2016.

“We are so excited and proud to partner with the National Basketball Association,” said Jay Deutsch, CEO and co-founder of BDA. “The NBA is an iconic brand and we’re committed to helping both grow and protect its stellar legacy. We’re thrilled the league chose to formalize the relationship and name BDA its Preferred Premiums Supplier. We look forward to supporting the NBA’s goals by helping connect more fans to basketball through the power of merchandise.”