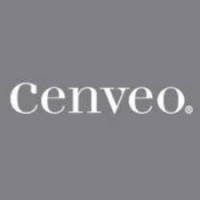 Cenveo Inc., Stamford, Conn., has announced a reverse split of its common stock, $0.01 par value, at a ratio of 1-for-8, effective July 13, 2016, and that the company’s common stock will begin trading on a split-adjusted basis when the market opens on July 14, 2016. In addition, Cenveo Inc. announced that the authorized common stock of the company will be increased from 100 million to 120 million shares and then adjusted in the reverse split from 120 million to 15 million shares. All of the foregoing matters were approved by the company’s stockholders at the annual meeting of the stockholders held on May 26, 2016. The company’s common stock will continue to trade on the New York Stock Exchange (NYSE) under the trading symbol “CVO,” but will trade under the new CUSIP number 15670S 402.

The company’s transfer agent, Computershare, which also is acting as the exchange agent for the reverse split, will provide instructions to stockholders regarding the process for exchanging shares. No fractional shares will be issued as a result of the reverse split and stockholders who otherwise would be entitled to a fractional share will receive, in lieu thereof, a cash payment which shall represent a pro-rata portion of the net proceeds (after customary brokerage commissions and other expenses) attributable to the post-split sale into the market of all the fractional shares resulting from the stock split.

“The reverse stock split will allow us to satisfy the NYSE minimum share price requirement and cure the previously announced delisting issue relating to that requirement,” said Robert Burton Sr., chairman and CEO of Cenveo Inc. “This is a mechanical change to our capital structure and does not have any impact on Cenveo’s operations. We continue to have confidence in our business and in the long-term prospects of our company.”

Additional information about the reverse stock split can be found in the company’s definitive proxy statement filed with the Securities and Exchange Commission on April 26, 2016. To access a copy, visit www.sec.gov or www.cenveo.com.