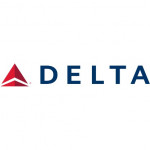 Radio Frequency Identification (RFID) technology has been around for decades. In fact, the British first used it in World War II to determine whether aircrafts belonged to friends or foes. Its mainstream spotlight started much later, however—and now, the technology is making its debut at all Delta Air Lines counters.

Delta Air Lines plans to integrate RFID into some luggage tags in an attempt to combat the problem of lost luggage. In April, the airline announced a $50 million investment to overhaul its old barcode bag tracking system to include RFID printers and sensors at 344 airports, NBC News reported. In addition, via a tracking app, Delta Air Lines will use push notifications to inform Delta customers on the whereabouts of their bags.

Not familiar with the inner workings of RFID? Here’s how it will go down with Delta Air Lines. Via NBC News:

Baggage handlers will be able to get all the information they need about a bag from a tiny chip placed inside an otherwise unassuming paper luggage tag instead of having to scan each individual barcode by hand. When loading bags, a light will flash green if everything is on track or red to alert a handler a bag may need more attention.

As the news outlet pointed out, Delta isn’t the first airline to experiment with RFID. (Hong Kong’s airport launched a smart baggage system in 2009; Las Vegas McCarran airport introduced its version in 2012; and Alaska Airlines, Lufthansa and Qantas have dabbled in the technology, as well.) But Delta is, indeed, the first to roll out the technology on such a grand scale.

Time will tell if Delta’s big investment pays off, though this could be good news for print distributors and suppliers looking for RFID-related opportunities. What do you think: Too good, or too good to be true? Sound off in the comment section below.