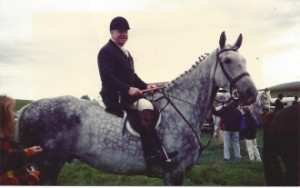 Robert Gerard Jocham, 88, passed away peacefully on Feb. 20, 2019, at VNA Hospice House in Vero Beach, Fla. Bob’s early years were spent in Jersey City, N.J., where he was a proud graduate of St. Peter’s Preparatory School in 1948. Shortly after his high school graduation, Bob enlisted in the USMC, serving two tours of duty during the Korean War. For Bob’s service, he was awarded several commendations, including the Purple Heart.

After the Marine Corps, Bob earned a B.S. in accounting at St. Peters University, Jersey City, N.J., and a master’s of industrial engineering at Stevens Institute of Technology in Hoboken, N.J. Bob married the love of his life, Marjorie, on Nov. 20, 1954, and started their family of eight children soon after.

Early in his career, he served as an executive for various printing companies throughout the U.S. In 1976, Bob started his own very successful printing company, EAGLE Graphics Inc. in Annville, Pa. Bob served on various printing industry boards, ultimately becoming the chairman of Printing Industries of America (PIA).

In his retirement years, Bob and his wife Marge would spend the winter split between Vail, Colo., skiing and their Vero Beach, Fla. home. Summers were spent in Malden Bridge, N.Y., where he enjoyed horseback riding and serving as Master of the FoxHounds in both the Taconic Hunt and the Old Chatham Hunt Clubs.

Bob was a communicant at Holy Cross Catholic Church in Vero Beach, Fla., and St. Mary’s in Nassau, N.Y.

Bob is survived by his wife, his children and their spouses and children below, as well as nine great grandchildren.

A memorial service in Saratoga, N.Y., is planned for March 29.