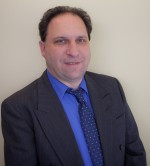 EMT, Indianapolis, has announced that former director of operations Phil Saks has finalized purchase of the company from the estate of the company’s founder, Steve Weinstein.

Saks had served as EMT’s director of operations for 16 years before being named CEO in 2014. Weinstein passed away in May.

“I’m excited to finalize this deal, just two weeks shy of my 20th anniversary with EMT," said Saks. "Steve and I had worked diligently to transition ownership of the company over many years. He was my mentor, and a larger-than-life force in our industry. I’m honored to carry on his more than 40-year legacy.”

Saks will immediately assume the role of president of EMT.

2021 Top Suppliers: How alphabroder | Prime Line Took the No. 1 Spot

2021 Top Suppliers: What We Know So Far
Comments
Subscribe
The Top 50