FDA Pushes Back Against Prop 65 Cancer Warning for Coffee Labels

Coffee labels have become a source of contention in California. Back in March, a judge agreed with nonprofit group the Council for Education and Research on Toxics that coffee contains high levels of a cancer-causing chemical compound called acrylamide.

Los Angeles County Superior Court Judge Elihu Berle ordered coffee companies in California to stick a cancer warning label on their beans, as per Proposition 65. Proposition 65, or the state's Safe Drinking Water and Toxic Enforcement Act, requires the state to maintain a list of harmful substances, and it requires businesses to notify customers if there is a chance of exposure to these listed chemicals. 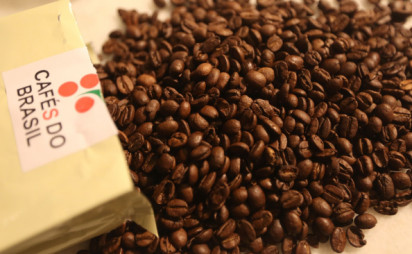 The coffee companies are open about the fact that acrylamide is present in the coffee beans, but their argument is that the levels are so low there is no health risk.

Eventually, the FDA stepped in. FDA commissioner Scott Gottlieb issued a statement last week that said "if a state law purports to require food labeling to include a false or misleading statement, the FDA may decide to step in."

Gottlieb agreed with the coffee companies, and said that there has been a lot of research in this area that has confirmed there is little evidence that coffee causes cancer. In fact, coffee seems to have the opposite effect.

"Strong and consistent evidence shows that in healthy adults moderate coffee consumption is not associated with an increased risk of major chronic diseases, such as cancer, or premature death, and some evidence suggests that coffee consumption may decrease the risk of certain cancers," Gottlieb said. "To this end, current dietary guidelines published by the U.S. Department of Health and Human Services and the U.S. Department of Agriculture state that moderate coffee consumption (three to five cups a day or up to 400 mg/day of caffeine) can be incorporated into healthy eating patterns."

We'll see if California will change its ruling based on the FDA's input, and whether or not a label change will need to occur.

Hannah Abrams is the senior content editor for Promo Marketing. In her free time, she enjoys coming up with excuses to avoid exercise, visiting her hometown in Los Angeles and rallying for Leonardo DiCaprio to win his first second Academy Award.

The FDA Says Love Is Not a Real Ingredient