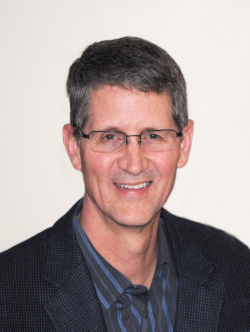 Carl Gerlach will be inducted into the PPAI Hall of Fame at the 2020 PPAI Expo.

Gill Line, Lenexa, Kan., announced that former vice president of marketing Carl Gerlach will be inducted into the PPAI Hall of Fame at The PPAI Expo in Las Vegas, Monday, Jan. 13, 2020, at the Mandalay Bay Convention Center. Gerlach retired in February 2018.

He began his career with Gill Line in 1978 and served in many capacities over the years. He was one of the original officers of the Young Executives of Specialty Advertising Association (YESAA) and served on the PPAI Association board of directors from 2003 to 2008, chairing the board from 2005 to 2006. He has devoted countless hours volunteering on various boards, committees and advisory groups.

Gerlach is active in his community, also serving on multiple boards and as a current board member of the Shawnee Mission Medical Center, Johnson County Community College Foundation Board and the Overland Park Economic Development Council. After being elected to the city council for a number of years, Gerlach became the mayor of Overland Park in 2005, where he continues to lead the community, helping Overland Park achieve the No. 6 spot on CBS’s list of the 25 Best Cities to Live in the United States.

Gerlach’s integrity and passion for excellence have led him to achieve a long career filled with a lasting legacy at Gill Line, in the promotional products industry and in his community.