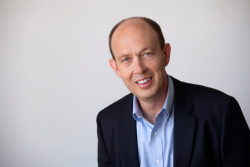 Top 50 Supplier Gill Studios, Lenexa, Kan., has appointed Jamie Fain to the role of president and CEO. Fain has served at Gill Studios for over two decades, most recently as the company’s vice president of finance and administration.

“Jamie Fain will be a terrific CEO for Gill Studios," said Mark Gilman, chairman of the board for Gill Studios. “His 25 years with the company have provided him priceless insights into every operation, every program, every opportunity and every challenge associated with Gill Studios. In addition, he is well known to all his colleagues and is highly trusted by them. I am very happy that the board of directors has decided to place the reins of leadership in Jamie’s hands.”

Fain is enthusiastic to take over the reins of the company. “I have been very fortunate to work with many of the best people in the industry here at Gill Studios,” he shared. “They have prepared me well. I look forward to serving in this position and helping continue the legacy of Gill Studios.”