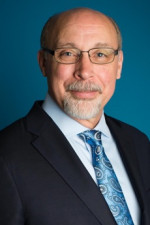 “Dan’s vision and leadership skills have been invaluable to GPO during the last eight years by creating programs that have empowered employees with the skills and tools to be the next generation of leaders,” said Vance-Cooks. “He is a natural choice to lead our entire Human Capital team, and I look forward to his ideas for continued success. All of GPO congratulates Dan on a well-deserved promotion.”

Mielke recently served as the workforce development, education and training chief, where he oversaw a team that developed and implemented professional and industry standard training and certification tracks of workforce skills required to meet the agency’s vision of transforming into a digital information platform. In addition, Mielke developed, implemented and taught the agency’s leadership development and supervisor leadership programs.

Prior to joining GPO, Mielke was with the Defense Acquisition Contract Management Agency, where he held the position of workforce development chief and defense acquisition career manager. Mielke is a U.S. Marine and served on active duty for 27 years.

Mielke earned a Bachelor of Science degree in Liberal Arts from Excelsior College in New York, and is a graduate of the Marine Corps Command and Staff College.