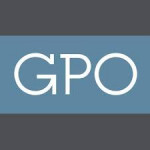 GPO employees at the Pueblo facility work with the General Services Administration’s (GSA) Federal Citizen Information Center to process and distribute orders for consumer publications. Since 1971, more than 1.2 billion publications have been distributed from the Pueblo facility worldwide. Today, more than 300 publications processed and distributed by the facility are available digitally. The center has a reputation for excellent customer service and consistently scores high on customer satisfaction surveys.

In 2010, President Barack Obama signed an act of the 111th Congress to rename the center after the late Congressman Frank Evans, who led the effort to establish the distribution center in Pueblo.

“I want to congratulate our employees in Pueblo on a milestone of excellent customer service to our country,” said GPO Director Davita Vance-Cooks. “The Pueblo distribution center is an example of the services GPO offers to federal agencies to help with their distribution, publishing and printing needs.”

About the U.S. Government Publishing Office (GPO)
GPO is the federal government’s official, digital, secure resource for producing, procuring, cataloging, indexing, authenticating, disseminating and preserving the official information products of the U.S. Government. The GPO is responsible for the production and distribution of information products and services for all three branches of the federal government, including U.S. passports for the Department of State, as well as the official publications of Congress, the White House and other federal agencies in digital and print formats. GPO provides for permanent public access to federal government information at no charge through www.govinfo.gov, partnerships with approximately 1,150 libraries nationwide participating in the Federal Depository Library Program and its secure online bookstore.

2021 State of the Industry Report: Pandemic or Not, Labels Are Sticking Around for the Long Haul

2021 State of the Industry Report: What's Next for Promotional Products, the Future of PPE and More

How To Revive the Live Events Industry
Comments
The Top 50