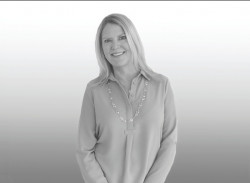 Established in 1911, Nantucket Cottage Hospital (NCH), an affiliate of Massachusetts General Hospital and a member of PartnersHealthCare, is a critical access hospital that serves an island community 30 miles at sea. The facility recently celebrated a huge milestone eight years in the making with the opening of its 106,000-square-foot building. The 14-bed hospital is the first new medical facility on the island in more than six decades, and will replace the former facility constructed in 1957. According to Boston Business Journal, the building is hurricane-proof, and all mechanical systems were installed on the roof rather than the basement, a design chosen with climate change in mind.

Publications have described its interior as “sleek” and “modern,” but what’s even more impressive is that the community funded the construction of the hospital—all $89 million of it. As a way to unite residents, particularly children, in support of this undertaking, NCH created a campaign called “Little Builders.” It needed additional support on the promotional side, so it turned to the experts at Stran Promotional Solutions, a distributorship based in Quincy, Mass.

Ashlee Robertson, senior sales and business development for Stran Promotional Solutions, worked closely with NCH and brought its idea to life. Here, she explains the thought process behind the campaign.

Please describe a medical promotion that you consider one of your best.

Ashlee Robertson: NCH came to Stran to help source and create a Little Builders Kit. [The client] initially wanted a T-shirt, hard hat and colored wristbands that had different names on them like “contractor,” “supervisor,” “foreman,” etc., and then some way to box them all together.

What items were featured in this promotion, and what influenced that decision?

How was this a profitable promotion for your company? For your client?

AR: This wasn’t a huge order (about $10,000), but it was hugely profitable for us in the long run as it led to doing a lot more projects for the hospital’s development team. This goes to show you that there are many different areas within a hospital organization that can make use of promotional items and branded merchandise.

It was very successful for our client, as the project received tremendous press and helped to galvanize the community around this project. Following the implementation of this promotion and the subsequent press, the development team at NCH saw a significant increase in fundraising.

Did you encounter any challenges with this particular promotion? If so, how did you overcome them?

AR: The biggest challenge was finding a way to kit everything together in a branded container that kids would like, and [that] would be affordable. The gable box with a decal worked perfectly.

Do you have any advice for your peers attempting a similar promotion in the health care or medical market?

AR: A couple of things come to mind. The first is, obviously, to understand who within the hospital has a budget for projects and what their goal of their budget is. Many hospitals are nonprofit, but they do significant fundraising to support their mission, and products can help to raise awareness of their fundraising efforts, make a connection to the goals of their fundraising and reward those who help to contribute to the organization. The other big piece of advice in a project such as this one is that if you are producing products that are to be consumed by children, you need to take extra precaution to ensure that the products that you are selecting will be safe and appropriate for them.