The following article was originally published by . 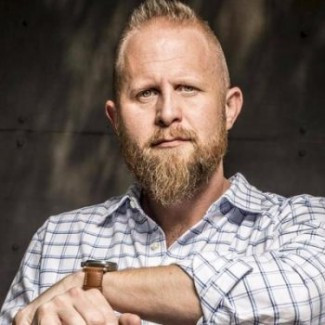 Last week during his press conference, President-elect Donald J. Trump vowed to bring jobs to the states whose voters helped him win. He talked about car manufacturing jobs that will remain in the U.S. once he takes office in a few days and the companies that won’t be offshoring work because of his intervention.

But back to that comment about the states that helped him — just what does he mean? Didn’t all of America elect him? That’s where examining how Trump won the election matters — because many believe it was his campaign’s command of data that put him over the top.

In previous interviews about the Trump campaign strategy, Parscale said the data showed the Electoral College would be the path to victory — not the popular vote. And indeed on Jan. 6, Congress certified the Electoral College votes and declared Trump the winner, CNN reports. This, despite a nearly 2.9 million-vote margin in favor of challenger Hillary Clinton, Time says on Dec. 20.

“We created models that look in all different directions,” Parscale told NPR. “And by the last few days, I was seeing that we were going to win way over 300 electoral votes.”

“You mapped out one way to win, and this was it,” she said.

“I think that is the way to win an election,” he says. “You get 270. I think the argument was, which states were the most likely ones to do that? And at the end, you know, I felt that was Wisconsin, Michigan, Pennsylvania, Ohio, Florida, North Carolina, Arizona, Nevada, Colorado and New Hampshire. I knew that, out of that, I had three or four different paths to victory. And by the week of, I knew that the Rust Belt was going to be the more easy one to win, so I was moving targeted money around.”

The Strategy Behind the Data

Before deciding which voters to target Parscale and a small team pored over surveys, polling and daily election simulation models. 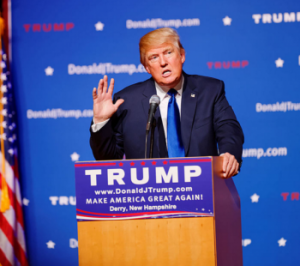 That and being able to nimbly move money around from mail to phones or from TV to digital “within a couple of hours” because he only needed one layer of approval — Trump’s — Parscale could focus efforts on Wisconsin, Pennsylvania and Michigan during the last few days of the campaign, he told NPR.

In addition to these more applied uses of data, Parscale says the campaign “ran hundreds of thousands of brand-lift surveys and other types of tests” on its content marketing in order to determine whether positive or negative ads were the best fit for specific voters, he told NPR.

Which Channels Worked Best for What

Facebook was the fundraising powerhouse, Parscale told Wired for its Nov. 15 article. The social network contributed the bulk of the $250 million war chest attributed to online fundraising.

The numbers were astronomical.

Each day, the Trump campaign ran “40,000 to 50,000 variants of its ads, testing how they performed in different formats, with subtitles and without, and static versus video, among other small differences. On the day of the third presidential debate in October, the team ran 175,000 variations,” Wired reports.

In addition, Trump himself was interacting with supporters on social media. Surrounded by fake news or not, Trump was putting his own message out there directly. It was a priceless earned media strategy.

“Facebook proved to be a powerful way for Trump’s team to hone the campaign’s message with the kind of enormous sample sizes you can’t get with traditional polling,” reads the article that goes on to quote Gary Coby, director of advertising at the Republican National Committee, who worked on Trump’s campaign.

“They have an advantage of a platform that has users that are conditioned to click and engage and give you feedback,” Coby tells Wired. “Their platform’s built to inform you about what people like and dislike.”

Even TV commercials were informed by data, Ad Age reports on Dec. 14.

“The data also informed development of ad creative and how it was aimed,” reads Ad Age. “In the final weeks, ads such as one called ‘Deals,’ with a tougher, masculine tone portraying Mr. Trump as a strong leader who would renegotiate ‘bad trade deals pushed by the Clintons’ ran in smaller Rust Belt cities. In Toledo, ‘Deals’ showed up during ‘NASCAR Camping World Truck Series,’ a pickup truck racing series, in the hopes of reaching male HRC Change voters.”

One with a “softer tone” targeted women likely to vote for Clinton, emphasizing to Milwaukee’s female voters watching “The Ellen DeGeneres Show” that Trump could rebuild America with childcare tax reduction and paid maternity leave, for instance.

On Dec. 5, the SSM Blog explores five voter personas that the Trump campaign targeted in a post that Parscale later retweeted. “Trump is Not a Politician” wanted a Washington outsider; “I Am Looking for a Candidate that Will Tell it ‘Like it is’ ” sought an unpredictable candidate; “Trump is a Successful Businessman” thought he could create jobs; “Trump Wants to Build a Wall” believed they were being economically and otherwise displaced; and “Trump Believes That America is Off-Track” were concerned that America was fundamentally broken.

“The Lesson for Marketers: Your brand should not appeal to everybody,” the post concludes.

What do you think, marketers?

Please respond in the comments section below

One Question Will Shape Your Company’s Future