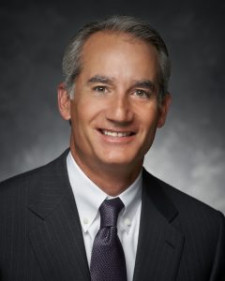 Joel Quadracci, chairman, president and CEO of Quad/Graphics, is the recipient of Idealliance’s 56th annual Walter E. Soderstrom Award, presented each year in recognition of outstanding contributions and service to the graphic communications industry.

Quadracci accepted the Soderstrom Award at a special event at the Orlando Ritz-Carlton Hotel on Saturday, Sept. 24, that kicked off the Graph Expo 2016 trade show.

“Joel’s commitment to our industry is exceptional and he is very deserving of the Soderstrom Award, our highest honor for industry service,” said Ken Garner, Idealliance executive vice president, when he announced the award in July.

Quadracci noted, “I am pleased and honored to receive the Soderstrom Award, which I humbly accept on behalf of all of Quad’s hard-working employees.” He has served as Quad/Graphics’ top executive since 2006.

“Now in our 45th year, Quad continues to ‘eat change for breakfast,’ transforming ourselves at a very transformational time in the industry,” Quadracci continued. “As a printer and marketing services provider, we are addressing marketers’ and publishers’ urgent need to coordinate content efficiently and effectively across multiple channels—both online and offline. We offer a one-stop, fully integrated solution that allows our clients to not only reach consumers faster but smarter. I could not be more proud to be part of the future of our industry.”

As Quad/Graphics’ chairman, president and CEO, Quadracci has guided the strategic growth and success of Quad, continuing the tradition of family leadership at the company founded in 1971 by his father, the late Harry V. Quadracci. Quadracci literally grew up with the company and officially joined Quad/Graphics in 1991. He held a variety of sales and strategy roles before becoming president and CEO in 2006, and adding chairman to his title in 2010.

Quadracci began transforming the company—and the industry—in 2010 with Quad’s acquisition of Worldcolor, which created North America’s second largest provider of print, digital and related media services. He subsequently guided additional acquisitions, including Vertis Communications in 2013 and Brown Printing Company in 2014, and others that expanded Quad’s solutions and services into high-end packaging, and in-store signage and displays. Today, building on Quad’s heritage and expertise as a printer, Quadracci is leading the company’s transformation into a multichannel marketing services provider and trusted business partner for many of America’s leading retailers, marketers and publishers.

Quadracci is Quad/Graphics’ chairman of the board and also serves on the boards of Wisconsin’s Children’s Hospital and Health System, the Milwaukee Art Museum, the Wisconsin Manufacturers & Commerce trade association, and Skidmore College in Saratoga Springs, N.Y. He also is a member of The Greater Milwaukee Committee, a private-sector civic organization whose mission is to contribute to the cultural and economic base of the Milwaukee metropolitan area, and The Milwaukee 7, a regional economic development initiative.