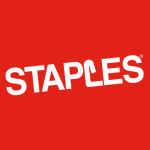 The retailers have no plans to appeal the court’s ruling and terminated the merger effective yesterday.

“While we are respectful of the Court’s decision to grant the FTC’s request for a preliminary injunction to prevent our merger with Staples, we are disappointed by this outcome and strongly believe that a merger would have benefitted all of our customers in the long term,” Office Depot CEO Roland Smith said in a statement.

Staples CEO Ron Sargent said that Staples will pay Office Depot a $250 million break-up fee, in addition to terminating its agreement to sell more than $550 million in large corporate contract business and related assets to Essendant.

“We are extremely disappointed that the FTC’s request for preliminary injunction was granted despite the fact that it failed to define the relevant market correctly, and fell woefully short of proving its case,” Sargent said in a statement. “We are positioning Staples for the future by reshaping our business, while increasing our focus on mid-market customers in North America and categories beyond office supplies.”

While this is the second time the FTC has blocked a merger of the two office suppliers (the FTC previously halted their merger in 1997), the ruling was unexpected to some—even more so after reviewing Judge Sullivan’s criticism of the FTC over the past several months.

“Given some of the judge’s rulings during the trial, it was somewhat surprising,” Seth Bloom, an antitrust lawyer at Bloom Strategic Council, told Bloomberg. “This is another example of how one can’t make a judgment based on a judge’s comments from the bench.”

In his three-page order, however, Sullivan maintained that the FTC met its “burden of showing that there is a reasonable probability that the proposed merger will substantially impair competition in the sale and distribution of consumable office supplies to a large business-to-business customers,” as reported by Bloomberg.

“Today’s court ruling is great news for business customers in the office supply market,” Debbie Feinstein, FTC’s bureau of competition director, said in a statement.” This deal would eliminate head-to-head competition between Staples and Office Depot, and likely lead to higher prices and lower quality service for large businesses that buy office supplies.”

As for the future, several questions remain: Is Staples’ dividend in danger? Will Staples sell its declining European business? What changes will Staples’ three incoming board directors make? And, finally, what about Amazon? The online retailer, which is currently building its own business-focused delivery service, has yet to match the complex ordering software and detailed invoices that big customers demand, though the Wall Street Journal reported that sales from Amazon Business already have reached $1 billion per year.

Cleaning House: 5 Mistakes to Avoid When Selling Your Business