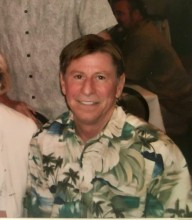 Andy Delph, owner of Central Bindery, passed away on March 13.

Andy Delph, owner of Central Bindery in Phoenix, passed away on March 13, 2019. Mr. Delph was Central Bindery’s owner for 35 years. He grew the company from 12 employees in 1984 to 68 at its peak. Mr. Delph wasn’t afraid to reinvest in his company, often acquiring new equipment as technology advanced.

In 2002, he added die cutting, foil stamping and, eventually, Bobst equipment for large-run packaging and gluing. This move made Central Bindery the most complete bindery in Arizona and helped sustain it during the economic downturns. Mr. Delph's latest and proudest purchase was a new Kolbus 20-pocket perfect binder in 2016, which improved their binding speeds and helped draw work from the entire southwest.