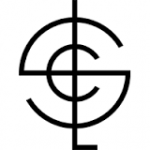 LSC Communications, Chicago, has signed a multi-year publisher services agreement with America’s Test Kitchen (ATK) to provide print, sourcing, distribution and postal optimization solutions for ATK’s media entities including cookbooks and magazines. ATK has sold more than 10 million cookbooks to date, and has nearly one million subscribers for magazine titles that include Cook's Illustrated and Cook's Country, as well as numerous special issues.

“America’s Test Kitchen is a prime example of a magazine publisher that has developed into an iconic multimedia brand,” said Dave Cardona, president of LSC Magazine Sales. “We are thrilled that ATK has selected LSC to leverage our publisher services platform to support their publishing model.”

ATK originated in 1992 with Cook's Illustrated magazine. The company’s Emmy Award-winning TV show "America's Test Kitchen" launched in 2001, and ATK has since grown into a rapidly expanding independent media company.

“Streamlining and consolidating our physical media products and distribution channel with LSC enables us to optimize our savings and therefore continue to invest in the creation of new material for our audience that helps strengthen the evolution of our brand,” according to ATK’s chairman and CEO, David Nussbaum.