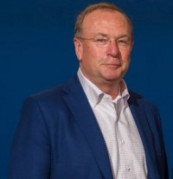 Outlook Group, Neenah, Wis., is deeply saddened to announce that John Cappy, president and CEO, passed away unexpectedly on June 24.

Cappy was a veteran in the paper, printing and packaging industry, with over 36 years of experience. For the past seven years, he served as president and CEO of Outlook Group through a period of expansion, strategic investment and team building.

Cappy graduated from the University of Cincinnati with a Bachelor of Science degree in Mechanical Engineering, then began his career in 1980 with Champion International, eventually progressing through several manufacturing positions.

After Champion, Cappy joined Appleton Papers, where he worked in various capacities including manufacturing, R&D, commercial sales and field technical services. Prior to joining Outlook Group in August 2011, Cappy was president and CEO of Appleton Coated, and general manager of the Americas, where he oversaw market development of the Arjowiggins business in North and South America.

Cappy shared time between his homes in Hilton Head, S.C., and Appleton, Wis. He is survived by his wife Connie and two children, Jeff and Erin.

On behalf of the Leadership Team at Outlook Group and all its employees, the company wishes to share this information and assure that the ongoing service and support the organization provided under Cappy's leadership will continue. 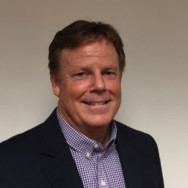 “With over 30 years of exceptional results leading companies through change, market expansion and diversification of product/service offerings, we are confident that Kevin will not only continue, but expand upon John’s legacy,” said Mike Schmal, president and CEO, M&Q Holdings.

Checking Back In About Paper Supply Shortage