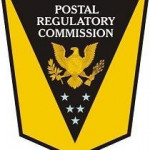 On Dec. 10, 2014, Commissioner Langley was reappointed commissioner for a second term extending through Nov. 22, 2018. She was first appointed as a commissioner in June 2008, and has served two previous terms as vice chairman. Commissioner Langley has over 30 years of federal public service and has extensive experience with large-scale government transformation including enactment of the Postal Accountability and Enhancement Act of 2006 and the reorganization of the U.S. Intelligence Community.

She served 24 years as a senior legislative and policy advisor to two United States Senators from her home state of Hawaii, as well as deputy staff director on the Senate Committee on Homeland Security subcommittee on government management and the federal workforce for nearly a decade.

About the Postal Regulatory Commission
The Postal Regulatory Commission is an independent federal agency that provides regulatory oversight over the U.S. Postal Service to ensure the transparency and accountability of the Postal Service and foster a vital and efficient universal mail system. The Commission consists of five Presidentially-appointed and Senate-confirmed Commissioners, each serving terms of six years. The Chairman is designated by the President. In addition to Acting Chairman Robert G. Taub, the other commissioners are Vice Chairman Nanci Langley and Commissioners Mark Acton and Tony Hammond.