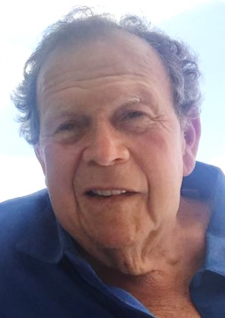 Fredley Berman, a giant in the printing industry, is being remembered among the thousands of people he touched professionally and personally which, to him, was pretty much the same relationship. A consummate salesman with as much humanity as the sum total of all of us who knew him, holds the informal record of having sold the most printing by any individual in the New England states.

Fred began his career with his older brother at Farnsworth Press and then went on to brokerage. When Dunkin’ Donuts reached 100 stores in 1965, founder William Rosenberg was already buying his print through Berman. Today, there are over 12,000 stores and growing.

When the Mass Lottery was organized in 1971, Fred was there with point-of-sale programs, including static-clings, counter displays and most every promotional product that would scratch-up hundreds of billions for the Commonwealth.

There are hundreds of additional examples of intensely creative and motivated print programs designed by Fred, but one might not notice considering the relaxed manner in which he did business.

“Hi, Fred. Where and when should we meet today?” He would reply with his Boston accent on one of the first car phones, “Don’t worry. Meet me at the Copley Plaza after work.” Or it could be any place convenient to his friend.

When the PBBA was formed in 1974, Fred was a Charter member, and he later was chosen Printing Broker of the Year aboard a yacht anchored at Turnberry Isle where he and his wife of many years, Evelyn, made their Winter home. The only way a person could prevent Fred from picking up a tab was to blindside him, which I learned to do both in Boston and Miami Beach.

Fred relocated full-time in Florida and relegated his business interests to associates and family members in both markets. His companies continue as members, doing much of what Fred did except using today’s technology.

I prefer to believe that my friend, Fredley Berman, is in a great place and that he will give me a call (at very long-distance) where to meet him after work one day soon.

To Evelyn and their son and two daughters, the entire Association will forever hold Fred in high esteem as one of the most memorable members we could ever have had. God bless the Berman family.

Vincent Mallardi, C.M.C., is a the chairman of the Printing Brokerage/Buyers Association International (PBBA) and is a Certified Management Consultant in the paper, printing and converting industries. He is also an adjunct professor in economics. Contact him via email at vince@pbba.org