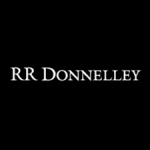 According to Lancaster Online, the fire, which began at 4:45 a.m. Monday, caused $50,000 worth of damage. No injuries were reported.

City Fire Lt. John Musselman told the news outlet that paper caught fire inside a printing press. After the fire was extinguished, firefighters had to continue working. The press was taken apart in order to cool down.

The cause of the fire remains under investigation.