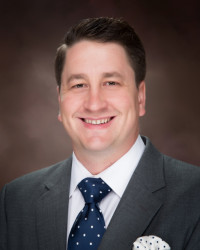 The Pro Towels family is excited to announce the promotion of Keith Lofton to the role of vice president of sales.

Lofton has been an invaluable member of the team for almost six years, from a starting role as regional director in the southeast, to most recently national accounts director, East.

“Keith is one of the hardest-working, most forward-thinking and true team players I’ve had the honor to call a co-worker and a friend,” former Vice President of Sales Brian Porter said of Lofton’s promotion. “We came in at the same time, with a single goal to make Pro Towels the undisputed, largest and most well-respected towel companies in the industry. Mission accomplished! With my departure, I couldn’t imagine someone more equipped to continue that mission with Superior, Kanata and Neet Feet.”

“We are super excited to see Keith’s growth within our company,” said Kevin Nord, president of Pro Towels family. “We believe Keith is in the best position to take the Pro Towels Family to the next level.”

Lofton shared the excitement for the promotion, as well. “I’m so thrilled with this opportunity,” he said. “It’s something I’ve been preparing myself for since I’ve started at Pro Towels, and I’m ready for my next challenge. It has been a pleasure to learn and grow under Brian these past few years, and he will be missed. Our team has worked hard to be able to take the next step and it’s that time. I can’t wait!”