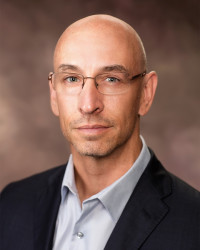 Brown is responsible for the overall direction and operational oversight of QCA, including three overarching goals:

Prior to joining QCA, Brown spent the last decade in the promotional products industry. Most recently, he was the product responsibility manager at Promotional Products Association International (PPAI) for three years. Prior to that, he was owner of his own firm, Tim Brown Consulting, for a year. He got his start in the industry with six years as a supplier relationship manager at Cintas Branded Apparel and Promotional Products.

In terms of industry service, Brown was a member of PPAI Product Responsibility Action Group from 2011 to 2013. Upon accepting his position at PPAI, he became a staff liaison for the group from 2013 to 2016. He also has been active with the Tri-State Promotional Professionals Association as a board member from 2009 to 2012 and then served as board president in 2012. He was named a PPB Rising Star in 2012.

“As the QCA executive director [of] operations, I have the opportunity to further the cause of promoting value through compliant processes within our industry to not only elevate the professionalism of suppliers and distributors, but also increase the safety of the products provided to end-buyers,” Brown said. “I’m looking forward to being the driving force in bringing QCA front and center across the end-buyer community by establishing the organization as the best-in-class compliance program for protecting brand reputations in an increasingly regulated world.”

While Brown is responsible for the overall direction and operational oversight of the organization, D. E. Fenton, QCA’s executive director of compliance, retains responsibility for compliance, standards and the QCA Accreditation program.