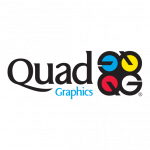 It’s been a rough year for Quad/Graphics’ Pennsylvania-based plants. In January, the Sussex, Wisconsin-based printer laid off 422 workers at its East Greenville, Pa. facility, citing challenging times in the print industry. A month later, the commercial printer announced that it was closing its 455,000 sq. ft. newspaper insert printing facility in Atglen, Pa., resulting in the loss of 150 jobs. Now problems are brewing for a Quad/Graphics facility in Chalfont, Pa.—problems amounting to $750,000.

According to a press release, the Chalfont facility was accused of “violating security requirements involving personally identifiable information on contracts with the U.S. Government Publishing Office (GPO).” As part of the settlement agreement, announced last week by U.S. Attorney Channing D. Phillips and Michael A. Raponi, inspector general for the GPO, Quad/Graphics must pay $750,000 to the U.S.

Let’s rewind. In January 2013, Quad/Graphics started to provide printing services under contracts with the GPO. As the release pointed out, these contracts involved the electronic receipt and printing of Social Security Administration forms that contain personally identifiable information, which is protected from disclosure under the federal Privacy Act and other laws.

It was business as usual until the GPO Office of Inspector General (OIG) launched an investigation of Quad/Graphics’ Chalfont plant. Based on its findings, the government accused the plant of failing to comply with security requirements. More specifically, the government alleged that Quad/Graphics:

"I commend the efforts of GPO's OIG and the U.S. Attorney's Office of the District of Columbia to resolve this matter," said Davita Vance-Cooks, director of the GPO. "I deeply appreciate the efforts of the OIG's audits and investigative staffs to ensure the integrity and efficiency of GPO programs and operations and to safeguard the handling of documents containing personally identifiable information."

In addition to the monetary settlement, Quad/Graphics will change the way it trains employees on the handling of documents containing personally identifiable information. The company also will make tweaks to the physical layout of the plant in an effort to better protect personal identification information.

It is important to note that the claims resolved by the settlement are allegations only—their validity has not been determined. Will the Chalfont plant’s alleged security lapse hurt the Quad/Graphics’ brand? Probably not. But what if a smaller printer—say, a company that employs 25 employees versus Quad/Graphic’s reported 25,000 employees—found itself in a similar situation? Chances are, it would cost more than a fine and a restructuring of training procedures; it would cost a company something far more valuable: Its good name.

In an industry where printers no longer are competing with companies that look like them (the playing field now includes everyone from the non-printer providing electronic alternatives to print to the office superstore), that is something they just can’t afford to lose.