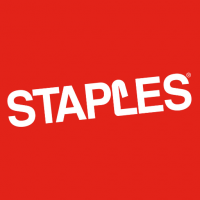 According to a press release from Staples, upon re-election, Sargent will continue to serve as a director and non-executive chairman through the company’s 2016 fiscal year, which ends on Jan. 28, 2017. With the support of an executive search firm, a Special Committee of the Board will lead the search for a permanent CEO. Both internal and external candidates will be considered.

Robert Sulentic, the independent lead director on Staples’ board, thanked Sargent for his nearly 30 years of service, but acknowledged that both parties needed to go their separate ways. “With the termination of the merger, we mutually agreed that now is the right time to transition to new management to lead Staples through its next phase of growth,” he said in a statement. “Shira has tremendous experience and a long track record of success at Staples, always bringing fresh perspective and change to every role she has had.”

The timing of Sargent’s departure is no coincidence. As The Boston Globe pointed out, while the country’s largest office supplier experienced tremendous growth under Sargent’s watch, the competition from online sellers, including Amazon.com, proved to be too steep. Sargent’s bad luck continued when U.S. District Judge Emmet Sullivan blocked Staples’ plan to acquire Office Depot in a transaction valued at $6.3 billion in May.

Staples spokesman Mark Cautela has a different story. He told The Boston Globe that Sargent and the directors first began discussing his departure prior to the judge’s decision. After the judge sided with the U.S. Federal Trade Commission, a vocal opponent of the acquisition, Sargent and the other board members decided to put a new top executive in place, and reached a severance agreement on May 30, according to Cautela.

It has been an incredible honor to have worked with the talented and dedicated team at Staples for the past 27 years through a dynamic and groundbreaking time for the company, our customers and the retail industry, overall. I want to sincerely thank our associates and partners, every one of whom helped to deliver value for our customers. Following close collaboration over the past several years, I am confident in Shira’s and the team’s ability to deliver substantial shareholder value.