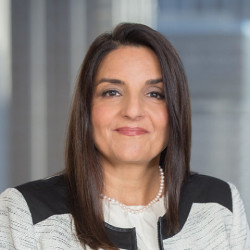 Staples has been trying to retool its business ever since its failed merger attempt with rival Office Depot. Just last week, we reported that two firms, Cerberus Capital Management and Sycamore Partners, were actively exploring an acquisition of the struggling retailer. (Spoiler alert: Staples already has rejected a takeover offer from Cerberus.)

In its next move, the Framingham, Massachusetts-based company is welcoming a new chief marketing officer: Michelle Bottomley. In this role, Bottomley will be responsible for helping to promote the company’s pivot to focusing on its North American Delivery business. She will be replacing Frank Bifulco, who had previously announced his intention to retire this year.

Prior to joining Staples, Bottomley was global chief marketing and sales officer at the human capital firm Mercer, where her branding and marketing efforts contributed to significant revenue growth. Earlier in her career, Bottomley served as the chief marketing officer for Barclaycard, one of the top five global credit card companies. Her 10-year stint at Oglivy & Mater also included significant growth, this time of Oglivy’s consulting organization, and culminated in her role as chief operating officer of Oglivy’s flagship office in New York.

“Michelle brings tremendous breadth and balance in the marketing profession, and has a well-earned reputation as a leader of high-performing teams,” said Shira Goodman, who took over as Staples’ CEO and president after the departure of former CEO Ron Sargent. “Her strong background in business-to-business marketing, including working closely with and leading sales teams, and deep expertise in digital marketing will be critical as we transform Staples to be a solutions provider for businesses.”