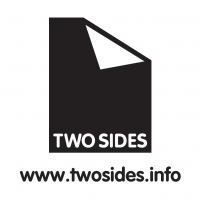 A recent study commissioned by Two Sides, an independent, nonprofit organization created to promote the responsible production, use and sustainability of print and paper, and conducted by Toluna Inc., took a closer look at how U.S. consumers view corporate initiatives that promote digital-only communications by eliminating paper-based options.

The results are in, and according to the survey, the majority of consumers want to have the option of receiving paper bills and statements at no additional cost. For example, an overwhelming 79 percent of respondents “want the option to continue receiving printed information as it provides a more permanent record”; 77 percent of respondents said they “would be unhappy if they were asked to pay a premium for paper bills and statements.” There were several reasons for this, including paper’s readability versus a screen (79 percent preferred paper), and unreliable internet access (49 percent cited this).

“Our results suggest that the environmental acceptance for print and paper is improving,” Phil Riebel, president of Two Sides North America, said in a press release. “For example, 88 percent of respondents agreed that when forests are responsibly managed, it is environmentally acceptable to use trees to produce products such as wood for construction and paper for printing. This is good news for the graphic communications and forest products industries.”

Here are some other key findings:

One particular theme stood out: a lack of education. The Two Sides organization addressed the need for more awareness about the industry’s positive environmental activities, specifically pointing to its commitment to sustainable forest management and recycling. Via the release:

Despite U.S. forests growing dramatically in volume in the past 60 years (58 percent growth) and 3 percent in area, 55 percent of respondents believe that U.S. forests have decreased in size. The majority of respondents also did not know that paper is one of the most recycled products in the U.S. with recovery rates of over 66 percent.

Why Some Major U.S. Sports Stadiums Are Switching to All-Aluminum Drinkware