The Need for Survival

Cementing a future for continuous and multipart forms 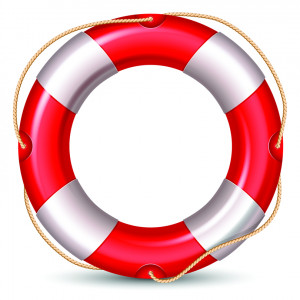 Print is dead. At least, that’s what digital diehards want you to believe. It’s a tired narrative that media outlets have been quick to recycle for the better part of a decade. Sure, it began as a legitimate concern with the adoption of electronic health record technology, the struggles of print newspapers and, well, the United States Postal Service.

Of all the print segments, some may argue that continuous and multipart forms have been hit the hardest. While it’s no secret that, in addition to online alternatives, these forms have taken a backseat to printed counterparts, including laser cut sheets, their deaths have been greatly exaggerated. “This market is not dead,” Rick Reese, sales manager of HCF Inc., Hillsboro, Ohio, maintained. “It has changed and will continue to change. Every industry, including printing, continues to adapt and evolve.”

This is exactly how HCF Inc. recently came to the decision to rebrand. Formerly known as Highland Computer Forms Inc., the company took a hard look at its name. It wasn’t too long before executives realized there was a problem: computer forms no longer reflected the diverse product line the supplier had built since its inception in 1979. “I’ve noticed over the course of the last 10 to 15 years there has been a significant number of distributors that have taken similar steps to eliminate the words ‘computer forms’ from their names as well,” Reese mentioned. “For those distributors that might not be familiar with us, the old name had a tendency to pigeonhole us as only a continuous computer forms manufacturer. We do everything from custom cut sheets, snap sets [and] integrated cards and labels [to] pads, pressure-sensitive labels and wraparound sales books.”

The manufacturer also opted to refresh its logo, ditching the old green bar stock tab in favor of a cleaner, more modern design.

HCF Inc.’s expanded offerings are a way for the company to replace older technology and complement existing product lines. But, according to Reese, multipart forms still account for a significant portion of the company’s bottom line—although, it is important to note that the average number of parts per set has greatly decreased over the last 10-plus years. Reese has seen many instances where five- and six-part forms have been converted to two-, three- and four-part forms. He believes technology is to blame. “The number of copies has been reduced due to reports and various data being available in real time online,” Reese said. “The need to print is unnecessary when all the information is available on your laptop. ... We believe this is a trend that we will continue to see in the years ahead.”

It’s not all bad news, though. Kevin Mullaney, president of PDF Print Communications Inc., Long Beach, Calif., acknowledged the steady decline of continuous forms; however, he did say the decline has slowed—particularly with medium- to long-run orders. When asked why he thought that was, Mullaney replied: “Typically, the larger users of continuous forms are the first ones to consider laser or paperless alternatives.”

Frequently, the shift to laser comes with drawbacks, starting with a lack of savings. “Companies are led to believe that laser will be more cost-effective and, oftentimes, that proves not to be the case,” Mullaney shared. “We have seen some large users of continuous forms switch to laser only to find out the laser product doesn’t fulfill all of the needs [of] the continuous form, but changing back rarely happens.”

Reese expanded on this point, encouraging decision-makers to perform a cost analysis prior to transitioning. “When one considers you get several copies with one pass through the printer, you not only save time, you experience less wear-and-tear on the printer and lower ink/toner costs,” he explained. “In addition, laser printers tend to have much shorter life cycles than a dot matrix printer. Laser printers oftentimes will have to be replaced several times over during the same life cycle of the average dot matrix printer.”

The benefits don’t end there. Continuous forms provide the best option for delivery receipts, or documents requiring a signature. “The signature is transferred to all plies, giving validity to each sheet,” Reese said.

As for other markets worth exploring, Reese recommended distribution centers, warehousing companies, trucking companies and the automotive industry.

Tommy Gillis, managing member of CFC Print Solutions, Grand Prairie, Texas, pointed to groups still recovering from recessionary fallout. “There are still pockets of industry-specific software (construction and aggregate, for example), which have not converted from continuous multipart documents,” he noted. “These groups were hard hit during the recession, and their resources since that time have not necessarily been focused on more efficient methods by which to consolidate print data.”

MARKET OPPORTUNITY
It’s true that continuous and multipart forms may never regain the revenue they’ve lost to electronic opponents. But, savvy distributors will find opportunity in a shrinking market. “I always tell our clients the benefit of continuous forms is the lack of desire [from a growing number of print brokers] to sell or market them,” Mullaney said. “[Many of them] don’t understand it. Therefore, those who still sell them are seeing less competition.”

Another plus side to a reduced playing field is that manufacturers are working harder to win business. For distributors, that means access to improved materials and increased efficiency. PDF Print Communications Inc. stays competitive by investing in new equipment, including Didde web presses and Form Flo collators. “We can offer the most colors available to our clients [six- to eight-color production on all sizes of continuous forms], as well as provide extensive warehousing or print-on-demand for our clients with nationwide customers,” Mullaney said.

CFC Print Solutions purchased a snap press and collator in 2015—a decision that customer and prospect feedback alike influenced, said Gillis. “Manual multipart form usage is still a large segment of print, and our ability to [quickly] print it and ship it anywhere in the country within a couple of days is attractive,” he added.

Trade printers, like HCF Inc., use their industry expertise as a value proposition. With 37 years in the game, HCF Inc. has become quite efficient in its manufacturing process—and updating equipment is only part of its strategy. “Our production people have, on average, 25-plus years under their belts, and many of our new hires have pressroom experience as well,” Reese commented. “The retention of experienced production workers helps us to quickly get quality products out the door.

“Our policy of working with a very limited group of suppliers has helped also,” he continued. “Whether it’s one of the major North American paper mills, ink suppliers or carton manufacturers, we know the quality of their products and how they perform, which helps to reduce downtime.”

From a product standpoint, value-added features help to increase margin and niche visibility. “CFC Print Solutions now offers affixed labels and barcoding on continuous products,” Gillis said. “Most of these value-add items are specific to the medical industry.”

When it comes to survival in the continuous sector, or any subset of print, perhaps Reese summed it up best: “It’s important that we all keep our ears to the ground and our eyes focused on these latest trends,” he concluded. “At the end of the day, print is still our most powerful medium.”

What You Need to Know to Get Your Clients' Packaging Noticed