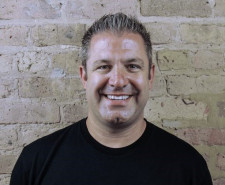 Jason Emery has been promoted to president of Toddy Gear.

Toddy Gear, Chicago, announced that the company's vice president, Jason Emery, was promoted to president, effective Jan. 1. In his new role, Emery will continue to focus on the development of new products while managing company operations and its sales initiatives to strengthen the company's footprint in the U.S. and international markets, while building and maintaining a healthy and fun culture.

Emery joined Toddy Gear as vice president in November 2014, and has been instrumental in expanding the company's product line. He has successfully driven the company's national and international sales strategies, developed procedures that have increased the company's overall efficiency, and managed the overall sales process. He was also directly involved in planning and organizing Toddy Gear's product development initiatives.

"Over the last six years, Toddy Gear has become more than a career to me, our staff is my extended family, and the brand has become my passion, allowing me to do what I love every day," said Emery. "With the continued growing support of our distributor partners and the endless contributions of our amazing Toddy Gear team, I am honored to lead our company moving forward."

Before starting his tenure with Toddy Gear, Emery has spent 17 years in the promotional product industry, including two years as a distributor. He was a member of the marketing board for the planning of PPAI's 2014 North American Leadership Conference. Emery served as a board member for the Quality Certification Alliance (QCA), and most recently as secretary and vice president of the Promotional Professionals Association of Chicago (PPAChicago).