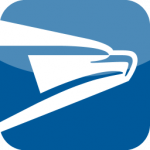 Remember when the United States Postal Service (USPS) filed notice with the Postal Regulatory Commission (PRC) for 2017 mailing services prices? Well, it’s official: USPS prices, including a two-cent increase in the price of a First-Class Mail Forever stamp, are going up.

And that’s not all. The struggling agency has reported a net loss of $5.6 billion for fiscal year 2016. According to The Hill, despite an increase in revenue, the USPS had $610 million in “so-called controllable income for the year”—down from 2015’s $1.2 billion.

Postmaster General and CEO Megan Brennan had the following to say about the USPS’s growth strategy:

To drive growth in revenue and better serve our customers, we continue to invest in the future of the Postal Service by leveraging technology, improving processes and adjusting our network. In 2016, we invested $1.4 billion, an increase of $206 million over 2015, to fund some of our much-needed building improvements, vehicles, equipment and other capital projects.

As reported in The Hill, the USPS continues to make a case to Congress. Such losses, the agency argued, are likely to persist in the future as a result of mandated costs, such as an unaffordable retiree health benefits program that isn’t fully integrated with Medicare, and an “ineffective” pricing system.

USPS Promotions Back for 2019

Idealliance Mail Survey Confirms What Mailers Expect from the USPS