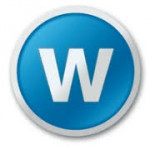 Wise, a leader in business document and industrial label printing headquartered in Alpharetta, Ga., announced the promotion of Gerry Nadeau to general manager of its Portland, Maine-based plant. In his new role, he will be responsible for managing the overall operations of the production facility.

Nadeau has more than 35 years of experience in the printing industry, and has spent 32 years with the Portland location. In 2011, he became the production manager of the Portland plant. Since April 2017, Nadeau has been leading the production team, continuing to improve productivity through his leadership.

“Gerry, through his leadership, has been a key part of our continuing productivity improvements, and we were thrilled to promote him to this important position,” said Bill Prettyman, CEO and president of Wise.