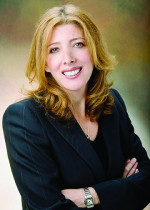 In today's current business climate, mergers and acquisitions are often the pinnacle of a CEO's success. I, personally, would be delighted to sell my firm for a hefty fee and retire.

Earlier this year, the United States Postal Service (USPS) announced that it was coming out with a line of clothing and accessories called "Rain, Heat & Snow."

April 1, 2012 From the Conference Room to the Chat Room

If you have ever been involved in a lawsuit, you'll know what I mean. If you have not, this is your warning.

On March 2, 2010, the U.S. Department of Commerce (DOC) released a preliminary decision in a case that has the potential to rock the paper products industry. The DOC found that Chinese and Indonesian producers and exporters of certain coated paper received countervailing subsidies. As a result of this preliminary finding, and to level the playing field for the unfair advantage brought by the countervailing subsidies, DOC will impose tariffs on imported coated paper from China and Indonesia. What will this mean for you? Higher prices or fairer competition for Americans—or nothing.

Whether you love him or hate him, President Obama has helped create an opportunity for Americans that may not come again in our lifetime. As we well know, federal spending is up and continues to increase. In fact, InformationWeek reported that, in 2010, the 20 biggest government contracts awarded will exceed $180 billion—that's a 50 percent increase over 2009's $120 billion. And that's just the "biggest" contracts. There are plenty of "not-so-big" contracts out there. If you haven't already done so, now is the time to take advantage of this opportunity.

You just got a call from one of your top customers, Rinky Dinky Donut Company. Rinky Dinky asks you to produce a large number of donut boxes and bags for its coffee beans. Instead of putting the usual Rinky Dinky name and logo on the boxes, you are instructed to use the name and logo of Dunkin’ Donuts, and are provided with the required graphics and text.

Let’s face it, layoffs are inevitable in these hard economic times. We are constantly bombarded with media reports of massive layoffs. While laying off employees may be necessary for your company to survive in this economic climate, the lawsuits that may follow from a poorly executed layoff plan can financially cripple your company. Even worse, the costs of the lawsuit can be greater than the laid-off employee’s salary and benefits.