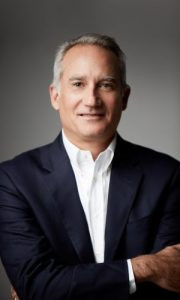 The U.S. House of Representatives House Committee of Oversight and Reform conducted a hearing about the financial condition of the U.S. Postal Service (USPS) on April 30. One thing was clear: Despite testimony from various constituents proposing ways to solve the problem, all sides agreed that the USPS’ financial condition remains dire. Even Postmaster General Megan Brennan sounded the alarm for meaningful postal reform while reporting that the Postal Service posted a net loss of $3.9 billion in 2018—marking the 12th consecutive annual net loss it has incurred. The USPS’ predicament should also sound the alarm for printers.

Why? Because, historically, every postal price increase results in a corresponding decrease in print volumes for direct mail, periodicals, catalogs, retail inserts and the like.

That was one of the key points Joel Quadracci, chairman, president and CEO of Quad, stressed during his testimony at the hearing on behalf of the Coalition for a 21st Century Postal Service. The group represents the mailing industry supply chain, including paper companies, equipment suppliers, printers, packagers, retail and other postal customers.

“With postage now accounting for up to two-thirds or more of the cost of a mail piece (up from about one-third in the mid-2000s), there is only one way for print customers to manage their budgets if the price goes up—and that will be to reduce the volume moving through the mail,” Quadracci pointed out.

“Our customers demand predictability and affordability and, if prices increase, they react by reducing their volume to cover the extra postage or move away from print altogether,” he added. “Of course, this hurts the revenue of the printer but also reduces the volume going to the Postal Service, which further exacerbates the problem.”

As such, Quadracci proposed several recommendations supported by the coalition:

The Coalition for a 21st Century Postal Service also supports passage of a bipartisan bill—The Postal Reform Act of 2017 (H.R. 756) — that was introduced during the 115th session of Congress. (Click here for a link that enables you to email your elected officials in Congress directly to urge passage of postal reform legislation.) It calls for a one-time postage increase of 2.15 percent. According to the coalition, this one-time increase would generate $8.5 billion in new revenue for the Postal Service over a 10-year period.

In addition, it wants Congress to keep the 2006 Postal Accountability and Enhancement Act that determines and sets price caps on the Postal Regulatory Commission’s rate-setting process intact. “This is essential in that, as you know, the PRC is currently considering a rate proposal that would amount to an increase of between 28 percent to 43 percent, depending on the class of mail should USPS avail itself of this pricing flexibility,” Quadracci told the lawmakers.

He also pointed out how the package delivery and competitive products side of the USPS has grown enormously in recent years, generating more than $7.6 billion in 2018 alone, nearly 25 percent of its total overhead.

Brennan, on the other hand, acknowledged that although the Postal Service’s packaging business continues to grow, it’s become much more price-competitive and the package volume growth rate is half of what it was in 2016.

Related story: Print+Promo 2019 State of the Industry Report: Will direct mail win the battle against digital?