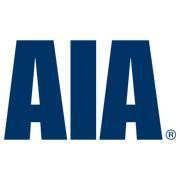 AIA Corporation, Neenah, Wis., announced the appointment of Matthew T. Gresge as CEO. Effective immediately, Gresge replaces David Woods, who will retire after 14 years of service to AIA and more than 25 years in the promotional products industry.

“After David announced his retirement, AIA conducted an extensive, nationwide search to find AIA’s next CEO,” said John Rompon, a member of AIA Corporation’s board of directors. “Our board of directors focused on candidates with a strong sales orientation, a deep understanding of independent distributor networks and a history of delivering results for customers, suppliers, and stockholders. Matt fits the bill in every regard. We’re very pleased to have Matt join the AIA team and believe AIA’s owners, suppliers and employees will benefit from his strong leadership skills.”

Gresge, of Western Springs, Ill., most recently served as president and chief operating officer for The Highlands Group, a service provider to independent distributors and their supporting manufacturers. Prior to that, he was president of TOPS Products, a $300 million manufacturer of business products that are sold through leading retailers, e-commerce resellers and a nationwide network of more than 2,000 independent distributors. Gresge began his career as a commissioned sales representative, leading a large North American sales force, and spent his general management career successfully growing businesses that are driven by independent distributor networks. Gresge earned a bachelor’s degree from Indiana University and an MBA from Northwestern University’s Kellogg School of Management.

“David Woods has been a very strong leader for AIA and we are pleased to have found an outstanding candidate to continue moving the company forward,” said Tom Lehr, executive vice president and chief operating officer of AIA Corporation. “AIA is an integral part of the promotional products industry and Matt Gresge has the background and record of success to carry on that tradition of excellence.”

Woods announced his retirement from AIA in June 2016, and worked closely with the board of directors to find his successor. During his tenure with AIA Corporation, Woods was responsible for increasing sales by 89 percent, and oversaw the acquisition of distributor Flagship Promotional Services and AIA Corporation’s own acquisition by private investment firm McNally Capital.

Print+Promo Marketing 2021: The Future of Print and Promo is Female, and These 11 Women are Proving It