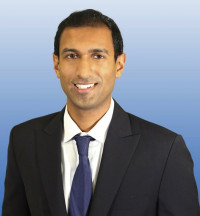 Presstek, Hudson, N.H., announced the sad news that its president and CEO, Sparsh Bhargava, passed away unexpectedly on Oct. 28, 2016.

Bhargava’s vision and expertise were respected by all at Presstek. He led the company to great success during the four years that he directed the business, while a partner at private equity firm American Industrial Partners (AIP), the owners of Presstek, and as Presstek’s president and CEO for the last year. In 2012, Bhargava was appointed as a partner at AIP and held numerous leadership roles at other AIP companies prior to his role as president and CEO of Presstek.

Sparsh was a tremendous individual who will be dearly missed. He was loved by all, had a work ethic like no other but, most importantly, he was a great person who never finished a day without telling us about his love and respect for his family. Sparsh’s guidance and insights into the business have left us in a strong position to continue to achieve his vision for the company’s future.

Bhargava’s impressive career also included the position of vice president of marketing at iCare Software, an enterprise software start-up in the early education industry, and project manager at Procter & Gamble. During his time at Procter & Gamble, he managed new product launches and cost-savings projects across multiple categories and manufacturing plants.

Condolences can be sent to: