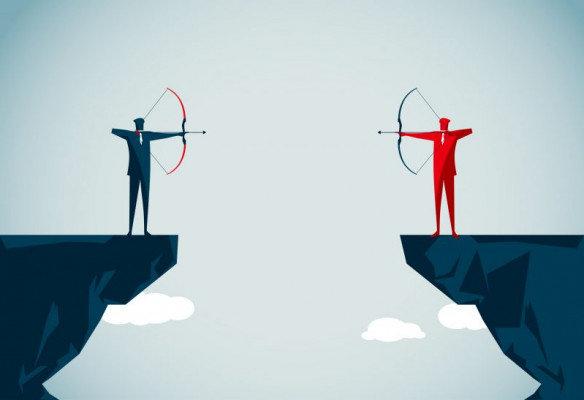 The bidding war between Chatham and Atlas Holdings to acquire RRD continues.

As baseball legend Yogi Berra once quipped about the 1973 National League pennant race, "It ain't over till it's over," the same can be said about the ongoing bidding war between private equity firms Chatham Asset Management and Atlas Holdings to acquire North America's largest commercial printer, RR Donnelley & Sons (RRD).

On Friday, Dec. 10, RRD's board unanimously determined that the unsolicited (now fourth) proposal from Chatham Asset Management to acquire all of its common stock for $10.85 per share in cash constitutes a “Superior Proposal” over Atlas Holdings' latest bid of $10.35 per share in cash. However, it subjected Chatham to a "timing condition" that gives Atlas until 9 am CST on Friday, Dec. 17, to counter with a higher offer; if Chatham doesn't agree to extend the date of its offer, RRD indicated it plans to pursue its amended agreement with Atlas.

John C. Pope, RRD chairman of the board

“Today’s announcement is a testament to the robust process we have in place to maximize value for all stockholders,” John C. Pope, RRD chairman of the board, said in a prepared statement. “Our board and management team remain committed to acting in the best interests of RRD and all its stockholders, and will continue to take actions to achieve this objective.”

In a letter, Anthony Melchiorre, Chatham Managing Member, chastised RRD's board for showing what Chatham believes to be its overwhelming favoritism to consummate an acquisition deal with Atlas, rather than a sales agreement with what is RRD's largest bondholder and an approximately 14.9% common stock shareholder.

A portion of that letter follows:

Despite [RRD] issuing a press release on Dec.1, 2021 stating that its negotiation period with Atlas would expire on Dec. 7, 2021, the company’s board of directors continued those negotiations for an additional two business days and refused to meaningfully engage with us, or approach us with respect to countering any new offer, since declaring Chatham’s proposal to purchase all shares of RRD not currently owned by Chatham at a price equal to $10.25 per share, a “Superior Proposal” under the terms of the Atlas merger agreement.

In fact, rather than engage with us during this time, the board just agreed to write Atlas an even bigger check if the company signs a deal with us, by increasing the termination fee and expense reimbursement payable to Atlas from $20 million to $32 million, thereby depriving stockholders of approximately $0.39 per share that could have been completely avoided if the board had engaged with us back in October when we made our initial bid to acquire the company.

The board’s determination to avoid signing a deal with Chatham at all costs flouts any measure of good corporate governance and the directors’ fiduciary duties, and is having a deleterious effect on all RRD stakeholders. This behavior must stop. The board’s conduct is creating confusion in the market and for all RRD stakeholders, causing a serious delay in consummating a transaction and threatening to deprive stockholders of receiving the maximum price for their shares. This is not how a public company should run an orderly sale process.

Nevertheless, Chatham is prepared to top Atlas’ offer and is hereby increasing its offer to purchase all common stock of RRD not already owned by Chatham at a price equal to $10.85 per share. Our offer remains a fully-financed, all-cash firm offer.

Our revised offer continues to be supported by a debt commitment letter led by Jefferies Finance LLC in an aggregate amount of up to $1.675 billion, a capital commitment letter from Chatham in an amount of up to $400 million, a rollover of all shares of common stock of RRD beneficially owned by Chatham, having a value of approximately $118.6 million based on our proposed purchase price of $10.85 per share, and the equitization and/or subordination into PIK instruments of up to $795.3 million of the aggregate principal amount of RRD’s outstanding notes that Chatham currently owns – which represents approximately 57.3% of RRD’s outstanding notes, including more than 50% of the company’s 6.125% senior secured notes due November 2026. Assuming all $795.3 million of the company’s outstanding notes are equitized or subordinated by Chatham, [RRD] will reduce its annual interest expense by approximately $60.9 million.

It appears, despite the RRD board's preference toward consummating a deal with Atlas Holdings — which is also the parent of former RRD spinoff LSC Communications, Finch Paper, and several other printing, paper, and packaging companies — Chatham Asset Management — which acquired the McClatchy newspaper chain out of bankruptcy in September 2020 — has no intentions to be outbid.