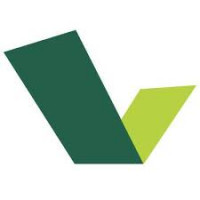 Verso Corp., Memphis, Tenn., announced that David J. Paterson will retire as the chairman of the board and CEO of Verso Corp. effective Aug. 31. Verso Corp.'s board of directors has begun the search for a new CEO. In the meantime, Verso Corp.'s board of directors will establish, effective Sept. 1, an Office of the Chief Executive (OCE) to lead the management of the company until a new CEO is chosen. Robert M. Amen, the current lead independent director of Verso Corp., will become the chairman of the board upon Paterson's retirement.

"I am deeply honored to have had the opportunity to lead Verso over the last four years, and I am extremely proud of what our team has accomplished together in the face of significant challenges," Paterson said. "Now that Verso has completed its restructuring and is positioned for a more financially stable and sustainable future, I retire with the confidence that our senior leadership team, along with the board of directors, will take full advantage of every opportunity to make Verso a resounding success. I want to thank all of our employees for their hard work, dedication and support during my time at Verso, and I wish them all the best."

The OCE will consist of the following four executive officers of Verso Corp.:

The OCE will have the duties and responsibilities associated with the CEO position, and will report directly to Verso Corp.'s board of directors and its newly formed executive committee consisting of Amen and fellow directors Eugene I. Davis and Jay Shuster. The OCE and the executive committee will be dissolved when a new CEO comes on board.

2022 Top Suppliers: How Taking a Risk Paid Off for Koozie Group