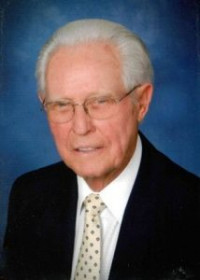 Not too many in our industry don’t know or remember Tom Coté. The New York-New Jersey native enjoyed a long and distinguished career in print and converting, spanning four decades.

After serving in the U.S. Army in Korea, Tom married and became a printing salesperson. He then formed his first company, Ballantine Litho, with his brother, Charles, soon joining him. The name was derived from the then-famous brewery near their first office location in Newark. Ballantine made several acquisitions over the next decades, including a direct mail plant in Elk Grove Village, Ill.

In the 1980s, Tom and Charles developed the first computer-based printing management system and were one of the early embracers of the nascent internet. Both Ballantine, and a second company Tom started, continue as active businesses and together employ nearly 200, including three generations of the Coté family.

Tom did have another side that few knew. He loved dairy farming, at varying times owning three in northern New Jersey and Upstate New York. He was also a pilot with a Piper Cherokee always ready to take off from Teterboro. Among his recognitions was being named a charter member of the PBBA, and recipient of its Printing Reseller of the Year award.

Tom Coté is survived by his wife, Phyllis, of 65 years, and two of their three children, seven grandchildren, and three great-grandchildren. The PBBA extends its condolences to the extended Coté family, many of whom with which we’ve worked for decades.

Vincent Mallardi, C.M.C., is a the chairman of the Printing Brokerage/Buyers Association International (PBBA) and is a Certified Management Consultant in the paper, printing and converting industries. He is also an adjunct professor in economics. Contact him via email at vince@pbba.org