EFI CEO Informed Board He Intends to Step Down 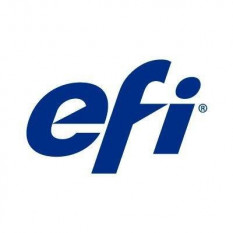 Electronics For Imaging, Inc. (EFI), Fremont, Calif., announced today that its longtime CEO, Guy Gecht, has informed the company’s board of directors that he intends to step down from his operating role at the company when his successor is named. The board retained Spencer Stuart, a leading global executive search firm, to assist in a thorough search process that includes both internal and external candidates.

Gecht will continue to serve as CEO until his replacement is named, and has committed to working closely with the new CEO to ensure a successful transition. Gecht will remain as a member of the board of directors following the CEO change.

Guy Gecht, CEO of EFI, said of the change:

Stepping down as the leader of a great company is never an easy decision,"  With vast market opportunities, loyal customers and a robust product roadmap, reinforced by the unprecedented interest in Nozomi, EFI has never been better positioned for continued growth and success. I think this makes it the right time, after 19 years as CEO of this unique company, for me to hand the reins to the next leader. I will stay fully focused on leading the outstanding EFI team during the search period, and will assist in ensuring a smooth transition once the new CEO is in place. As a shareholder, Board member and a lifelong fan, nothing will be more gratifying for me than to see my successor leading EFI to achieve its full potential.

“We are grateful for Guy’s 19 years as CEO of EFI,” said Gill Cogan, Chairman of EFI’s board. “Together with his team, Guy transformed EFI from a single product line and OEM business model to a diverse, worldwide leader driving the transition from analog to on-demand digital imaging in industries that touch our lives every day. He led the expansion into Productivity Software and Industrial Inkjet, which drove EFI’s rapid growth to over $1 billion in annual revenues. Guy is only EFI’s third CEO in its 30-year history, which has brought a unique stability that the Board truly appreciates. As a global company with industry-leading technology and products, there is an unmatched opportunity for a new CEO to lead the charge in the years ahead.”

“2018 continues to track well for EFI, with the team delivering record Q2 revenues and solid cash generation despite the significant impact of currency volatility during the quarter,” said Gecht. “I’m especially pleased with the continued progress and increased sales pipeline for our Nozomi platform, validating EFI’s leadership role in the digital transformation of industries such as packaging and fashion, where colorful images truly matter.”

Make Shift Happen: Be More, Do More, Have More Success

Showdown Displays Virtual Product Showroom Is All New for 2022