As part of Print+Promo’s ongoing feature, Executive Perspectives, we get to know leading professionals in the print and promotional industry. This month, we interviewed Howard Schwartz, founder and CEO of HDS Marketing Inc., Pittsburgh. Here, he explains how key chains influenced his career path, discusses staying above the technology curve and issues a warning to Kevin Bacon. 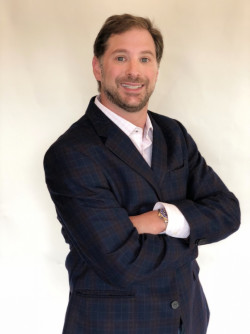 How did you first get started in the industry, and what path did you take to land in your current role?

How do you set goals for yourself? For your business?

HS: I need to get to the next level of where I was. So, personally, I’ve turned over a book of somewhere in the area of $4 million or $5 million over the years to inside people essentially, and it’s been maintained very well. My role now is much different. I kind of set the vision for the company and then I rely on the people that work with me to make good on the promises that I’ve made out to myself, as well as to the company. My partners in the company are amazing. But, what I’ll tell you why I know that I’m not very good at running a business is because I’m a sales guy. I’m not a finance guy and I’m not an operations guy. I knew that a long time ago. I received some advice when I first got started from my best friend’s boss at the time. He was 40 years old and worth about $500 million, so he did quite well in life. And he said, “Howard, you’re going to get a lot of advice as you start your business. I’m going to give you the best advice I’ve ever received: Don’t be afraid to pay people what they’re worth.” And they’re literally the words I live by. I’ve read a ton of business books and I understand all of these different philosophies, like, take for example, Jim Collins’ book “Good to Great”: You’re the bus driver and you put all the people on the bus and in the right seats. That’s essentially what I’m doing. I’m a BD (business development?) guy, but I’ve got a phenomenal finance guy, I’ve got a phenomenal operations guy and I’ve got a phenomenal vice president of sales, and they’ve assembled great teams underneath them. So, it allows me to do what I do and basically that’s just to tell the story of HDS to whoever is willing to listen—whether it’s a potential salesman, a potential customer or even a company that we might be acquiring.

How does the economy continue to affect the industry?

HS: With the economy humming right now, people are spending money. 2020 is going to be really interesting. To give you an example, at the end of 2007, HDS was supposed to be almost a $10 million company, but when the economy crashed, we went from $9.2 million in sales that year (we were looking at hitting $10 million and the spicket just turned off around October), and from there, we dropped to $6.7 million in one year. Our biggest client, who was in the housing business, was $2 million and they dropped to $200,000. So, literally the economy just turned off; people stopped buying, and there’s a big concern about that. This economy is going well and if a new administration comes in and changes different things—whether it’s from a health care standpoint or a tax standpoint—it could have a drastic effect. … We also do a lot of uniform business, and [that sector] is a little bit more protected because people still need to have their image.

What do you expect to be some of the biggest challenges the industry will face?

HS: Good, bad or indifferent, consolidation is happening. Look, private equity is still hot on this space. ... It’s an evolution, and I think you either have to look to grow, or look to be acquired. I don’t know that it’s going to allow the little guy to sit there. We’re kind of in an in-between phase because we’re a big mid-size company. My goal is to focus on continued growth, both organically and through acquisition.

What do you think is the most exciting, cutting-edge thing your company is doing right now? Why?

HS: We have really invested in our technology both through the industry, as well as on our own. ... We have also recently gone through a technology change on our e-commerce side of it, and we are [happy] that we’re on the curve, almost even at the front of the curve, and not living in the background like we were for the last 15-20 years. We are really excited about what that’s going to do and how we’re going to be able to compete with the likes of the Staples of the world, or whomever it is, because now it’s not a matter of trying to sell around our technology; we’re actually selling with our technology.

What would people be surprised to learn about you?

HS: I probably have more connections than most people in this world. You’ve heard of the Six Degrees of Kevin Bacon, right? I can tell you, without a doubt, there are the Three Degrees of Separation to Howard Schwartz. I could, within three people, name somebody we have in common just by understanding who you are, your business, where you’re from and what you do.