As part of Print+Promo Marketing’s ongoing feature, Executive Perspectives, we get to know leading professionals in the print and promotional industry. This month, we interviewed Rick Lindemann, president of Total Printing Systems, Newton, Ill. Here, he discusses pandemic-influenced trends, addresses the impact of labor shortages and geeks out over new bindery technologies. 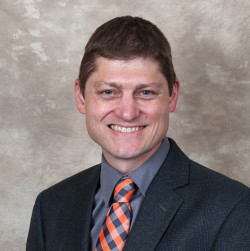 How did you get started in this industry, and what path did you take to land in your current role?

Rick Lindemann: My parents started Total Printing back in 1973, so you could say I was raised in [or] by the business. I went to school for engineering with the intent to work for a paper mill. With the paper industry becoming so unstable in terms of mill consolidation by the time I graduated, I ended up coming back to the not-so-stable industry I’d grown up in instead.

How do you set goals for yourself? For your business?

RL: I think goals are set the same way regardless of whether they are personal or professional. Look at how things are and assess what you like and dislike. From that, determine how you’d prefer things look and make a plan to change them accordingly, while being realistic with time frames for incremental changes.

How does the economy continue to affect the industry?

RL: We work with publishers of all sizes in all industries. Many of them have thrived through the recent economic shutdown and many more of them have suffered. Luckily for us, those who have thrived, such as those in the homeschool market, have offset the reduction in business from the others. Many, such as live events and the performing arts, have suffered greatly due to the forced closures. Luckily, they have mostly been able to hang on and are starting to come back at this point.

What do you expect to be some of the biggest changes or challenges the industry will face?

RL: In the immediate future, supply and demand are going to continue to be out of balance. Right as demand started increasing for books, a few larger printers stepped away from the book market. Currently, there is more demand from publishers than printers are able to meet in a timely manner. On top of the capacity issue, printers are seeing increased input costs and lead times as well. Paper, plastics and adhesives have all passed along several cost increases this year. The lead time for mill direct paper has increased from around two to three weeks to over eight weeks already.

What keeps you up at night?

RL: I sleep pretty well, unless I have to get up really early the next morning. Probably the biggest two to three concerns right now would be the following:

What do you think is the most exciting, cutting-edge thing your company is doing right now?

RL: Probably the most exciting thing for me personally is our investment in the latest print and binding technology, but I’m kind of a geek like that. From an outsider’s perspective, I think the most exciting thing we’re doing is our hybrid just-in-time inventory/POD production model. Many of our customers have several hundred[s] or even thousands of titles in their list, but most of them only sell a few copies per year. In the past, these titles would either sit on a shelf for years collecting dust or the publisher would mark them as “out of print.” What we do instead is store them electronically.

As orders come in from our customers, we’ll either pick from a physical storage location or print/bind from a virtual storage location, then marry all of the books from a given order together and ship them in a single package to the end-user. In addition, with traditional print lead times continuing to extend, if a title that would normally be on a shelf to pick depletes inventory before the next production run is in place to replenish it, we’re able to automatically convert that title to be printed on-demand until it’s replenished, so our customers are never “out of stock” or backordered. While this model isn’t as unique as it was 10 years ago when we had just started the process, it is still much less common than you’d think.

What would people be surprised to learn about you?

RL: I don’t know that anyone would be really surprised about it, but with running a company with the labor shortage we’re in as a nation, I don’t have much time for outside interests. I spend most weekends running a press to help us keep up with our growing demand, as we continue to hire and train new employees. When I’m not in the office, I run on foot as much as I can and try to keep up with family activities with my wife, 18-year-old son and 16-year-old daughter.