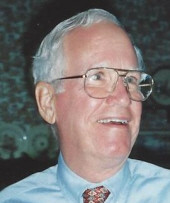 Industry veteran John H. West passed away on July 9 at the age of 90.

In West’s business career as a sales executive, he became the president and owner of Von Senden Company, a Pittsburgh-based promotional products distributorship that was founded in 1891, making it the oldest of its kind in the U.S. He loved his career as an ad specialty salesman and sold a wide range of products, including Cross and Parker pens, Zippo lighters, Hazel folders, die-struck medallions and more to a client base that included Gulf Oil, National Steel Corporation, PPG and Kelly-Springfield Tire Company.

West was especially proud of the Custom Limited Edition Print and Pewter Sculpture Series that he sold as client appreciation gifts. To his great delight, his son Ned joined the sales force at Von Senden Company in 1985, and they worked on many creative projects together.

In 2000, West sold Von Senden Company to Pittsburgh-based HDS Marketing, which has become one of the fastest-growing distributors in the industry. Ned continues to serve as a partner at HDS Marketing, developing creative merchandise and promos with a spirit that was learned from his father and mentor.