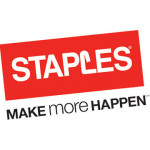 Those hoping for a reprieve from the controversy surrounding the merger between Staples Inc. and Office Depot Inc. will have to wait. Last week’s court hearing on Staples Inc.’ purchase of the Boca Raton, Florida-based company, a move that the U.S. Federal Trade Commission (FTC) has long opposed, ended with no ruling.

Staples Inc. and Office Depot Inc. were first made aware of the FTC’s opposition in early December. The proposed acquisition would violate antitrust laws, the FTC argued, by reducing competition nationwide in the industry for “consumable” office supplies, including writing instruments, notepads, folders and paper products, sold to large business customers.

Both companies hoped to demonstrate that the FTC’s decision was based on “a flawed analysis and misunderstanding of the intense competitive landscape in which Staples Inc. and Office Depot Inc. compete,” according to a press release. As Office Depot Inc. Chairman and CEO Roland Smith pointed out, the FTC’s intent to contest the merger contradicts its own unanimous ruling in the 2013 Office Depot Inc. – OfficeMax merger in which the commission declared the market “highly competitive.”

“The combination of Staples and Office Depot is based on creating an organization able to compete in a vibrant market with strong regional players and powerful new national entrants,” Smith said in a statement. “We are confident that this transaction is consistent with the 2013 FTC statement in the Office Depot – Office Max merger and intend to pursue legal options in order to complete this transaction.”

In January, our sister publication Promo Marketing reported that Staples Inc. and Office Depot Inc. waved the merger-agreement termination date of Feb. 4, extending it to May 16, 2016, in order to allow the ongoing court litigation with the FTC to play out. In February, the European Commission, the executive body of the European Union, approved the Staples Inc. – Office Depot Inc. merger.

According to Bloomberg, Federal court Judge Emmet Sullivan, who has been critical of the FTC during the trial, urged all sides to “sit down” and try to work out a resolution.

The judge expects to make a ruling by May that will determine whether the FTC is allowed to stop the merger. However, the end may be closer than we expect if the FTC accepts a settlement offer from Staples Inc., wrote The New York Post. If the FTC rejects the offer, it should present written arguments ahead of closing arguments scheduled for April 19, according to The New York Post’s source.

We will continue to cover this story as it unfolds.