Panelists discuss how the market is changing as run lengths get shorter.

During the Commercial Offset day on Nov. 3 at the PRINTING United Digital Experience, one panel session that drew attention was moderated by Jim Workman, VP, Technology & Research, PRINTING United Alliance. He invited two panelists to speak on their companies, and how the commercial sheetfed offset market is changing as run lengths continue to shrink. 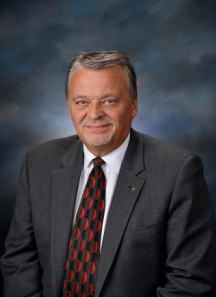 For Winther, Think Patented was founded in 1979, and is currently one of the Midwest’s larger privately held commercial printing companies. He employs around 130 people, and in addition to offset and digital printing, the company also offers creative services, fulfillment, mailing, interactive elements, and promotional products.

“We were a printing company, and when we bought it back in 2006, we didn’t want to be printing only, so we took printing out of our name. We are everything — offset, digital, wide-format, fulfillment, creative, and promotional items. Printing is part of what we do, but it is not all,” he said.

Wallace Graphics also offers a full complement of services, Wallace noted, including offset, wide-format, mailing, fulfillment, promotional products, and more. He said that while they are still “old fashioned” and refer to themselves as printers, they have expanded the mix of services far beyond print. The shop, founded in 1987, today has about 80 employees on staff.

Winther noted that one of the biggest pressures impacting sheetfed offset run lengths today is customer demands. “It happens all the time,” he said. “The run lengths get shorter and shorter, and I think they will continue to be so going forward.”

He joined the company in 2006, and recalls that back then, a typical job would go to press three to four days after receiving it, and would then be turned around in five to six days. Now, he notes, some jobs are needed even the same day. 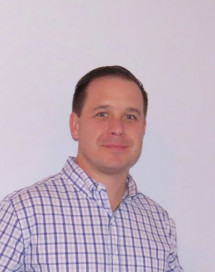 It’s been a similar experience at Wallace Graphics. Wallace noted that 15 years ago, a job could take two weeks, “and no one would say anything. Now, based on the world we live in, with e-commerce and the ‘Amazon Effect,’ everyone expects things much quicker.” Printers have had to adapt, he noted, since consumers have come to expect that they can order it online and get their jobs quickly.

And there is no getting around the proverbial elephant in the room: COVID-19. According to Wallace, while the smaller customers took a big hit and much of that work dried up, the larger customers have, in many cases, actually been buying more. But he also noted that the average run length right now is only around 3,000 sheets.

So how have these commercial printing operations adapted to shorter runs and shorter turnaround times?

The first change at Think Patented was to “dramatically enhance” the workflow, Winther said. Jobs can be approved quicker, plates can be made faster and, with UV-equipped sheetfed offset presses, sheets are dry as soon as they come off the line. Jobs go into finishing right from the press. There are no delays, and time has been dramatically reduced between each step to create the most efficient operation possible.

That said, he noted, there’s always room to improve. “Once you start to get comfortable, then it’s time to look at it again and see what else we can squeeze out.” He is always looking where internal processes can be improved or streamlined.

Wallace noted that for his company, workflow has been just as critical when it comes to how to stay ahead of demand, but that the people are just as important as new processes or new technologies in implementing changes successfully.

“The first thing is the culture of the shop,” he stressed. “You’ve got to have everyone buying in on how important it is to get the job to the next step as smoothly and error-free as possible.” And that starts with the estimating and customer service teams, all the way through the press and finishing departments — everyone has to be on the same page.

Shorter run lengths, produced in shorter periods of time, bring challenges that today’s commercial sheetfed offset printers have to deal with to stay both competitive and profitable.

For Winther, scheduling hasn’t been as big a challenge as most would think; rather, waste is the biggest ongoing issue. It’s not like it was in the old days, he pointed out, where printers could afford to run 500 to 600 press sheets to bring a sheetfed press up to color. Today, makereadies have to be fast — Think Patented aims for around 150 sheets or less — with as little waste as possible to keep jobs within the slim lines between profit and loss.

The result is that paper waste at Winther’s shop is “way down,” compared to industry averages. To keep it that way, Think Patented talks about waste, measures it, tracks it, and is always looking for ways to reduce it even further.

“More spoilage is not a good excuse for rushed jobs,” agreed Wallace. His company has steps in place at every level to help keep waste down.

With the tighter processes to keep waste down —
Wallace Graphics aims to have presses up to color in 125 sheets — some jobs that were going to the digital presses have actually started coming back to offset. “A job that used to run on the digital press because it was, say, 500 press sheets, is now a viable offset job, and a job that you can make money on, too.”

In addition to tracking waste, other performance indicators that the two print shops track include time to move through the shop, makeready times, as well as how much rework needs to be done.

Wallace noted that keeping a close eye on the profit and loss statements is also key, including sales per employee, as well as the customer complaints. While there aren’t a lot of them, he said, “they always make their way back to me.” Wallace also keeps an eye on the prepress department, looking for ways to automate file creation to ensure better quality files which, in turn, means fewer problems once it gets to the pressroom.

For the future, further automation, and making it easy to move jobs from submission through production with as few touchpoints as possible, is going to continue to be something both printing establishments work toward.

Winther noted that one thing he would like to see is more of an open architecture. He said he understands why OEMs have proprietary systems but, for users like him, the ability to pick the best hardware and software solutions for each portion of the job — and have them all work together — would be the ideal scenario.

For the future, both executives see a future for the sheetfed offset process, especially with integrated UV and LED-UV technology, but they also both see digital printing to be a growing opportunity as run lengths continue to get shorter, and turnaround times get ever tighter.

Toni McQuilken is the senior editor for the printing and packaging group.